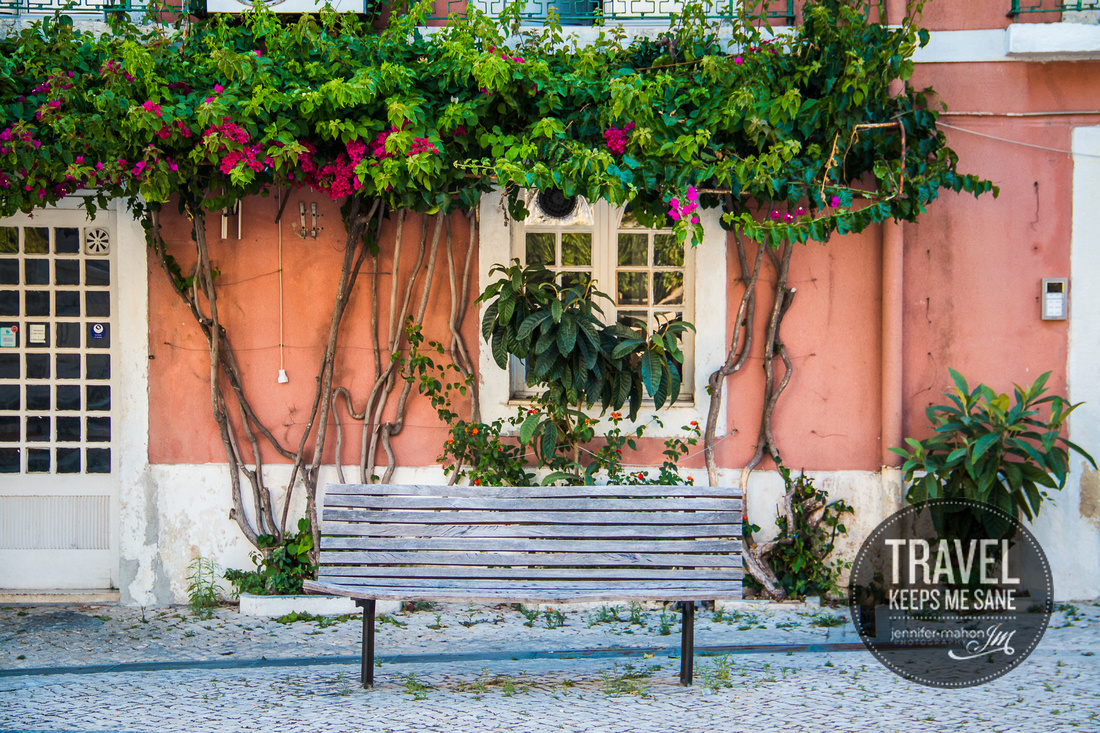 It's our second day in Lisbon, and after a quick walk around the Alcântara neighbourhood (where our wonderful apartment is located), we have breakfast and drop off my cousin at the Lisbon airport for her flight back to Toronto. Did I forget to mention that she's another crazy travel addict that joined us in Lisbon for a mere 24 hours? The joys of working for a major airline!

Just outside of the downtown area, Alcântara is a fairly large district split out into two areas — Alcântara-Terra and Alcântara-Mar. Not one of the best places to be in back in the day, but I'm told the area has changed for the better over the years. The Terra area is an amalgam of residential buildings with a few shops, cafés and restaurants scattered about. The Mar area is a riverside zone on the Tagus River, and is becoming more and more popular with tourists. All of the old warehouses have been converted to trendy restaurants, bars and nightclubs, and all have an outdoor terrace with a view of the marina and the 25 de Abril Bridge. 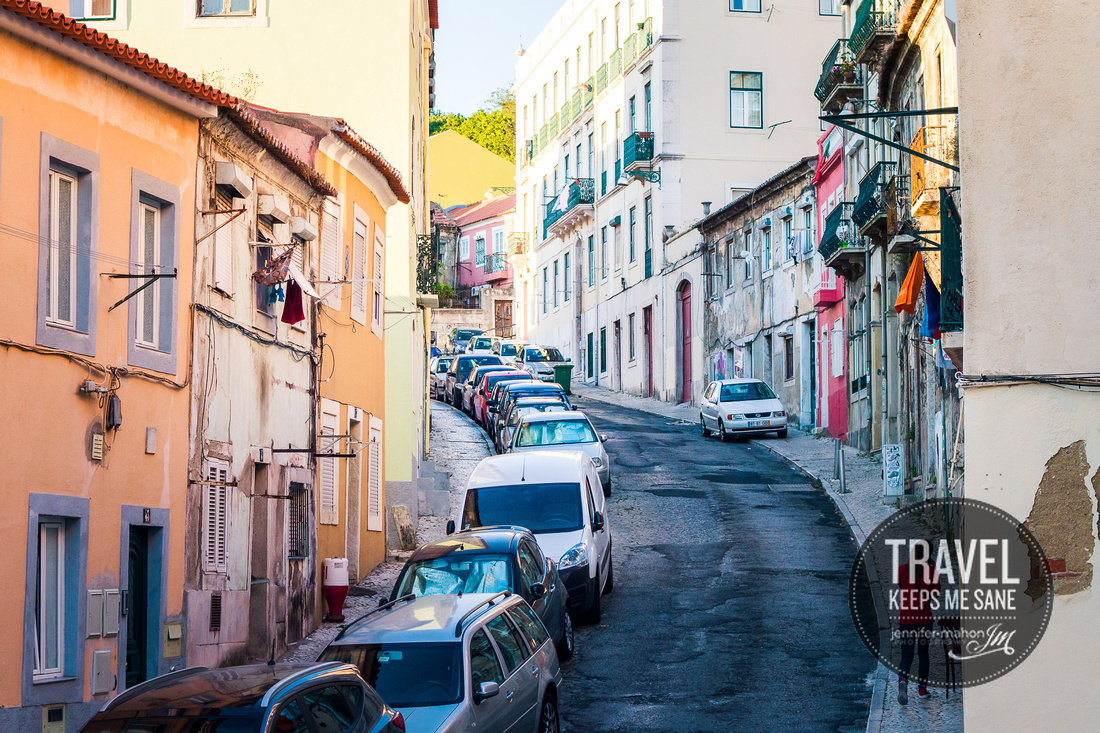 Lisbon, Portugal - 2016 - JM Travel Keeps Me SaneLooking out the window of the apartment on R. Costa — I know the street doesn't look like much, but....

Looking out the window of the apartment on R. Costa — I know the street doesn't look like much, but.... ...check this out — it's a restored artist's apartment which can be found here

...check this out — it's a restored artist's apartment which can be found here 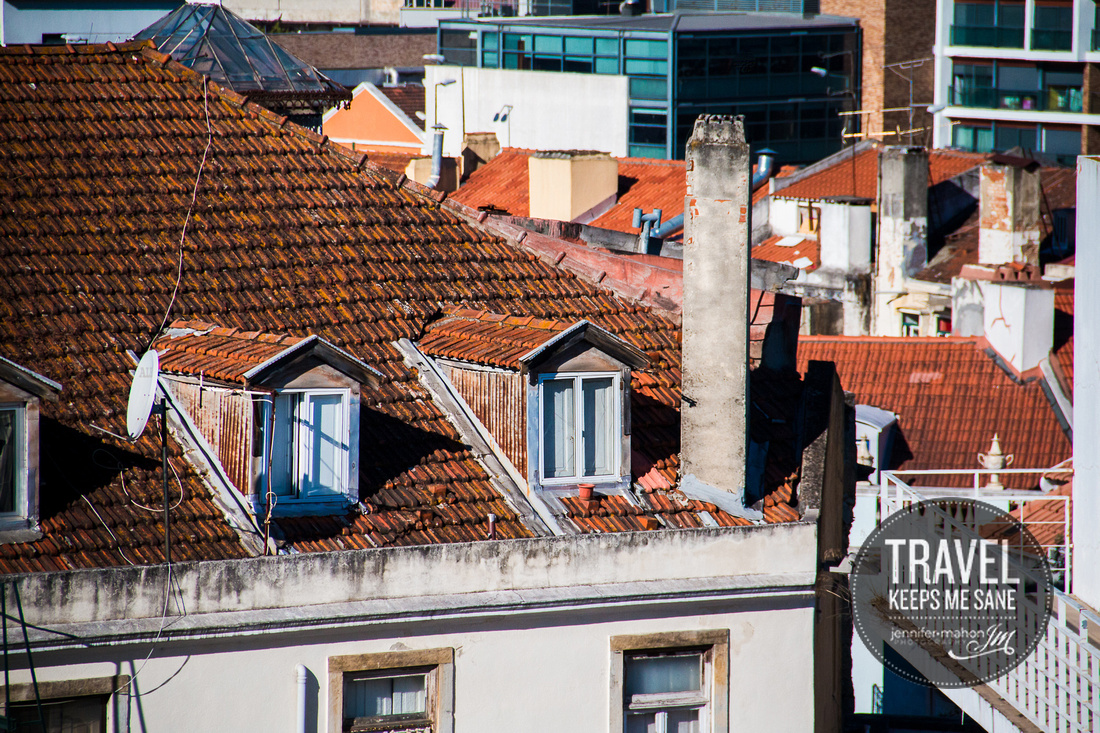 Lisbon, Portugal - 2016 - JM Travel Keeps Me SaneWalking around the neighbourhood

Walking around the neighbourhood 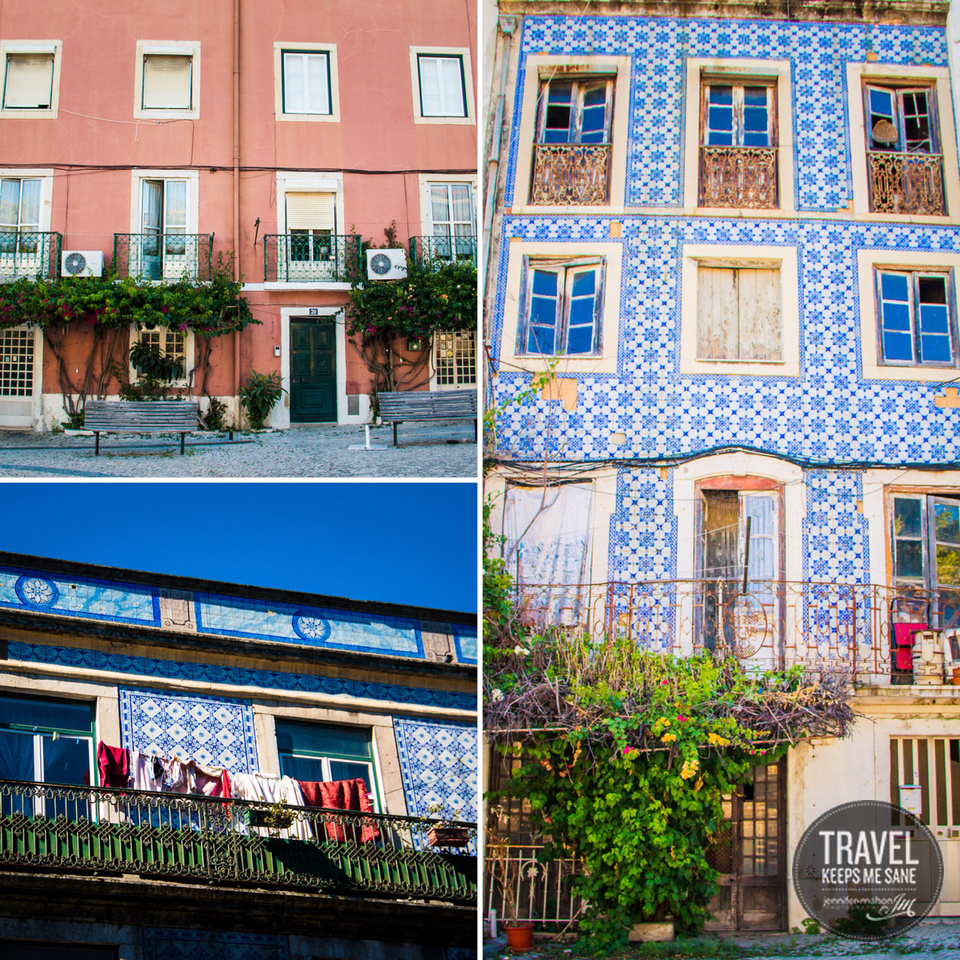 I know this area doesn't look like much (this is a small square called Praça da Armada), but we were extremely surprised when we came back here later for dinner

Looks kinda run down (this is a small square called Praça da Armada), but we were extremely surprised when we came back here later for dinner 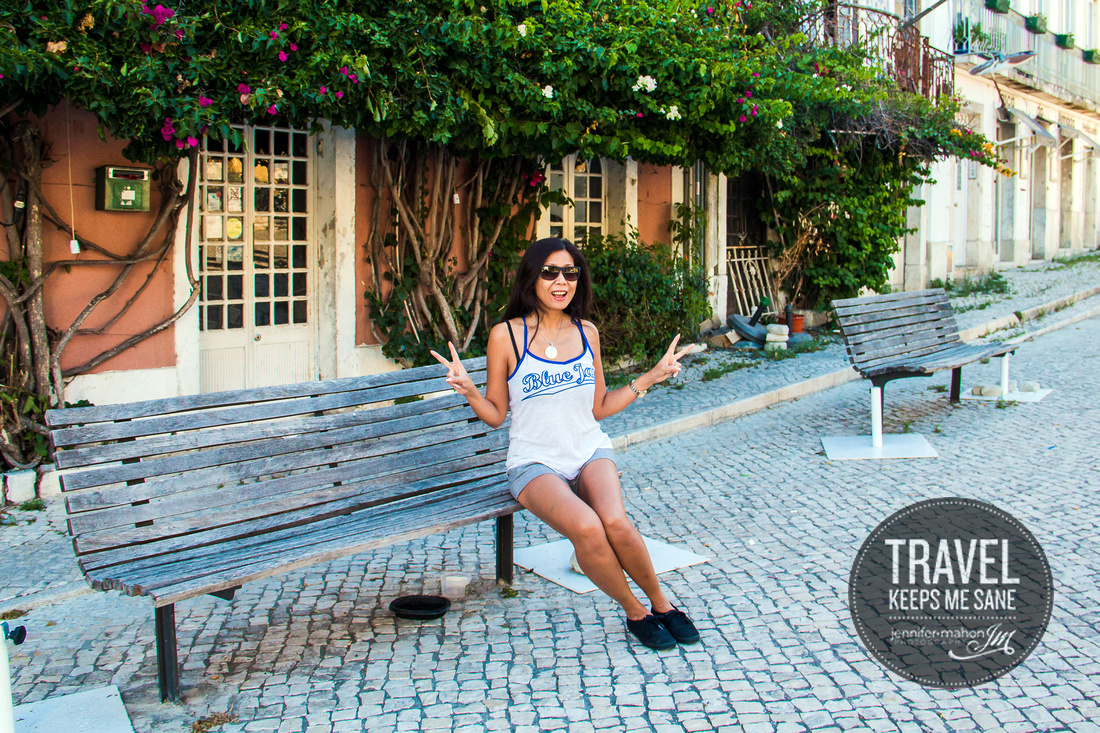 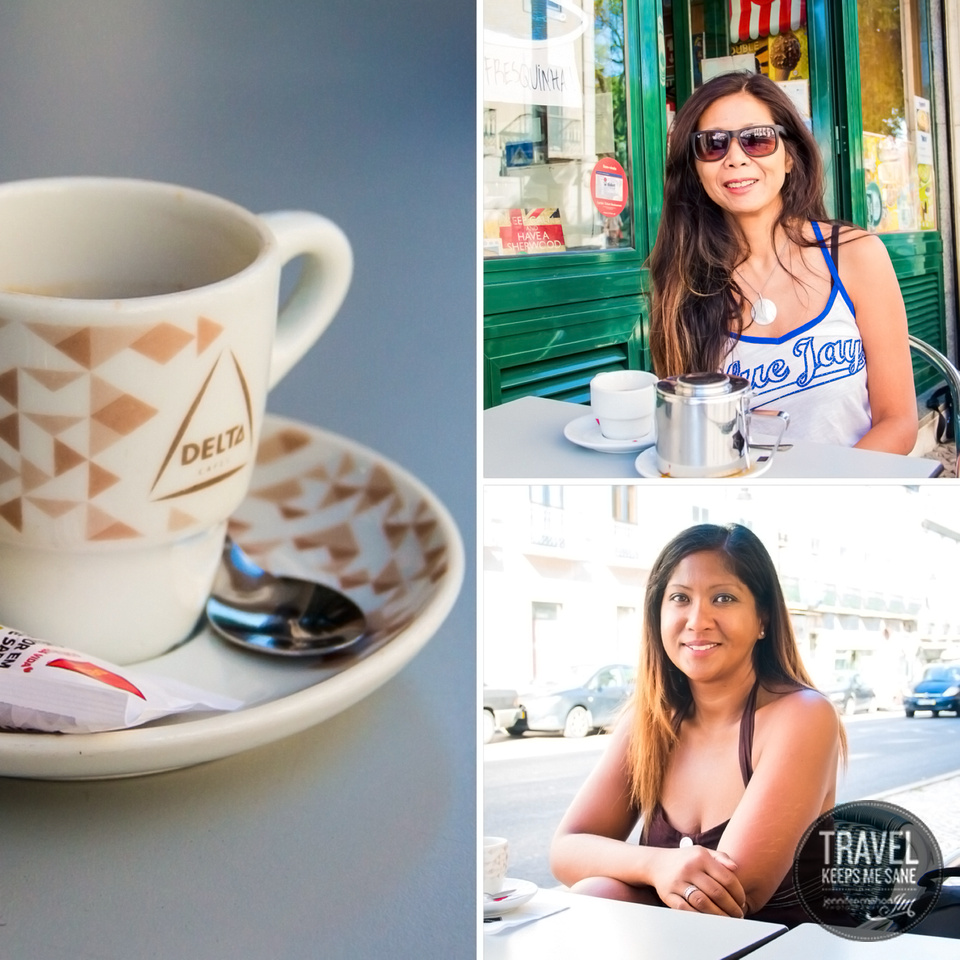 Now...time for breakfast before heading to Sintra

An easy day trip from Lisbon, Sintra is a charming town that lies 25 km west of Lisbon. Easy to get to by train, but since we have a car, we drive the 20-minute route, then spend another 20 minutes trying to find a spot to park. We've opted to park close to the Palácio Nacional de Sintra, which is often confused with the Palácio da Pena, but are two completely different beasts.

It's around Palácio Nacional de Sintra that you'll find a ton of restaurants and shops (and Ginjinha stands), along with a ton of tourists roaming about. It's also from here that it's easiest to take the shuttle that'll bring you up to Palácio da Pena (trust me, after seeing the shuttle drive up there, I am uber happy that I didn't do the drive). This palace is not much to look at from the outside, but I hear the interior is something. We didn't go in but there's ticket machines outside that offer a tour of the palace and grounds for 14 EUR. If you just want entrance to the grounds (which are beautiful), it'll cost you about 7.50 EUR.

It's Palácio da Pena that pops up in every single photo or ad promoting Lisbon, though it's not in Lisbon at all. A mish-mash of architecture and colours, this palace seems like it popped out of a Disney movie. The shuttle (about 3 EUR) runs every 15-20 minutes, and I know a few who have done the walk up to the palace, but at 40 degrees celsius — that ain't happening. It was already insufferable enough lining up for tickets in the unrelenting sun for 40 minutes (note to self — buy tickets online to avoid this shit). Wandering through the rooms is fascinating though, and the views from here are amazing. 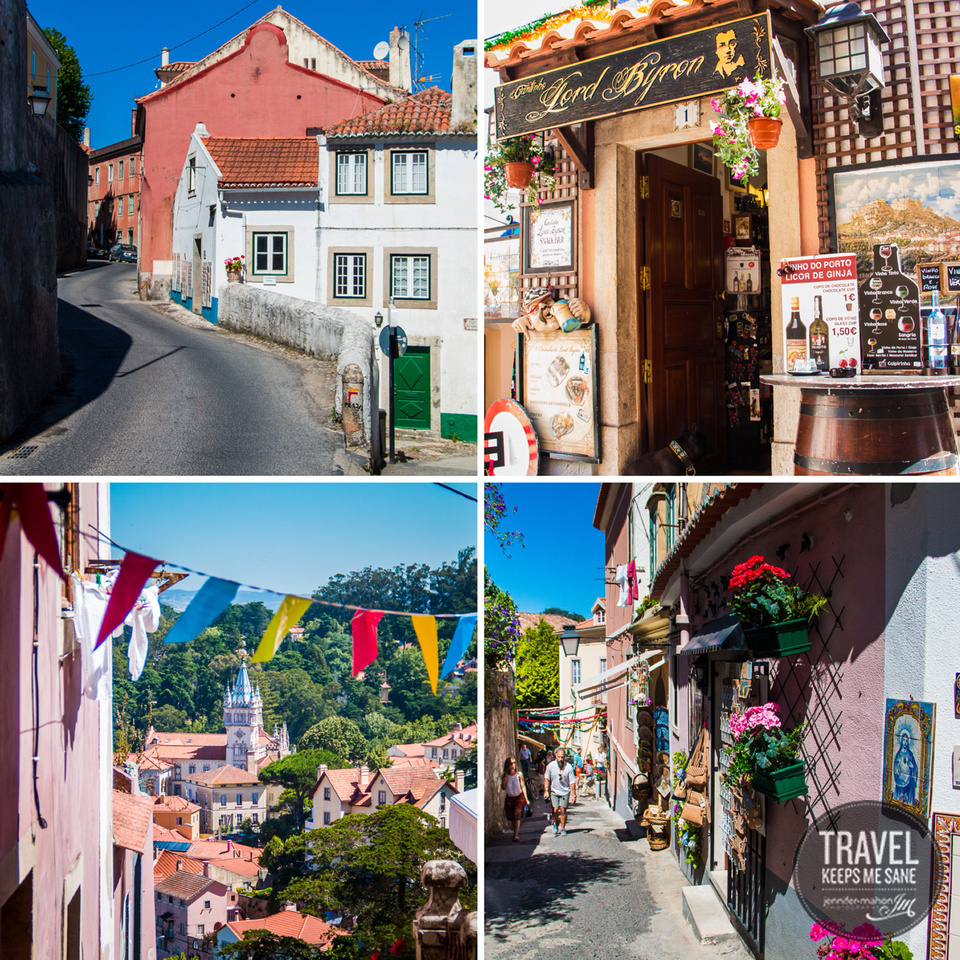 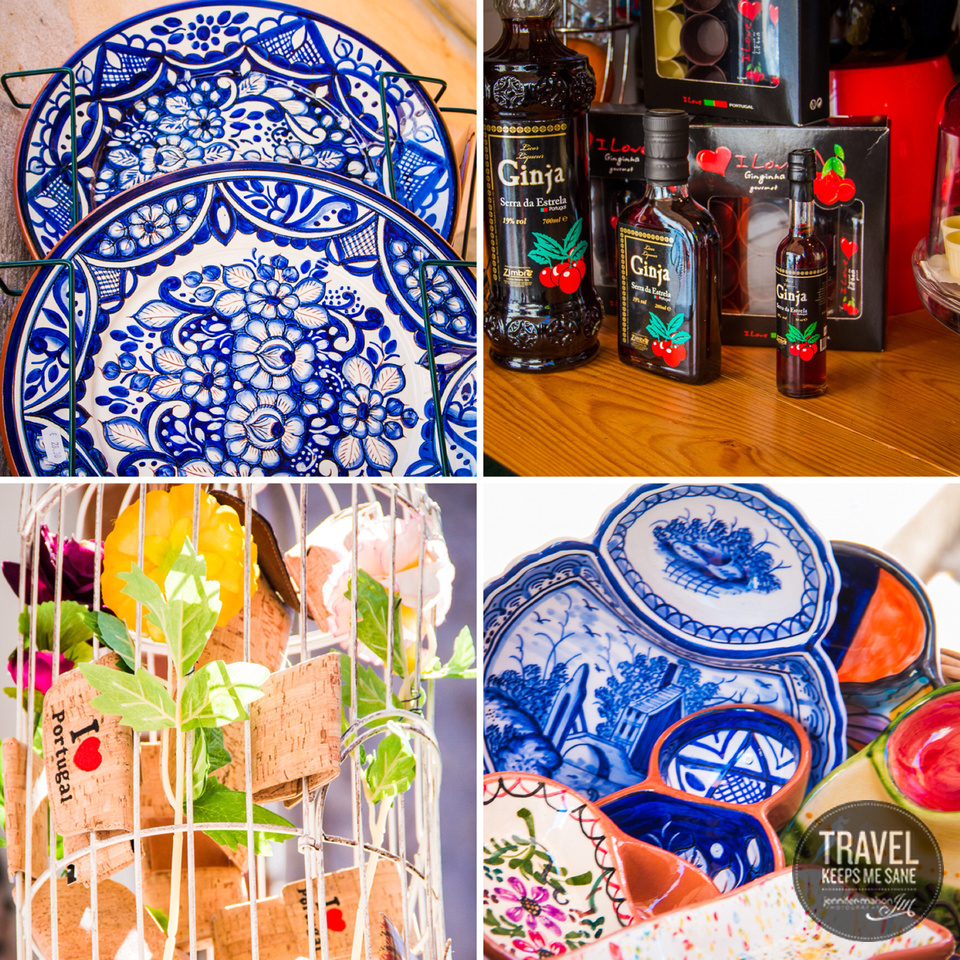 Checking out the local stuff for sale

Checking out the local stuff for sale 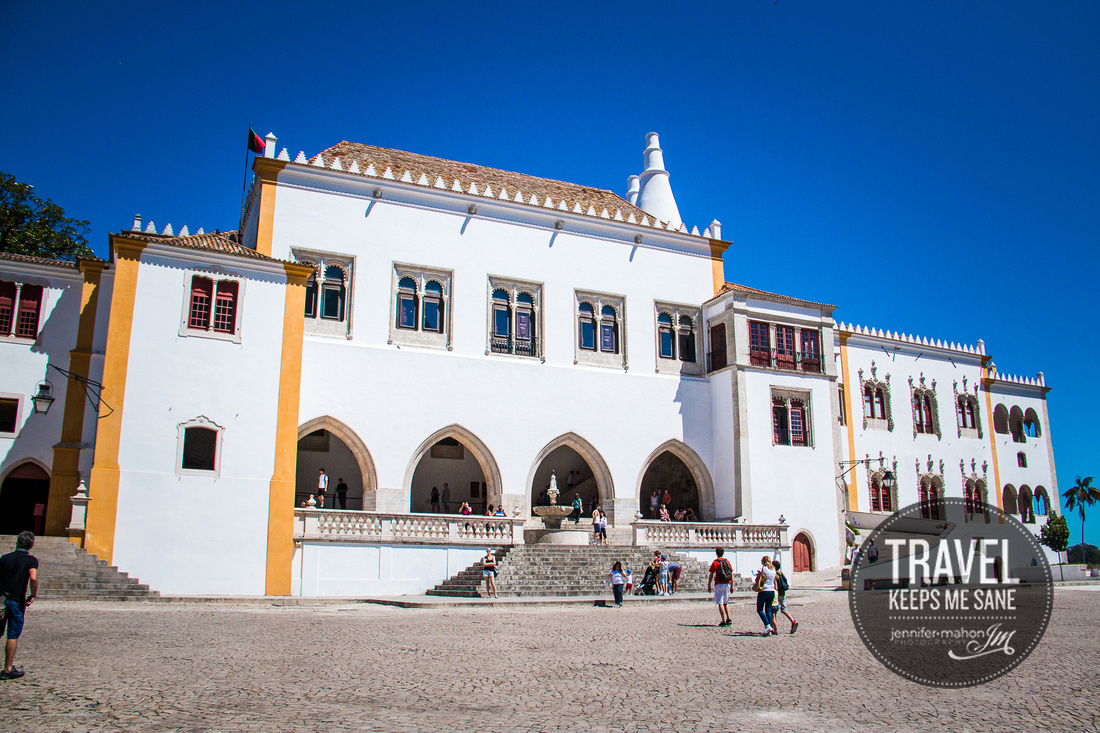 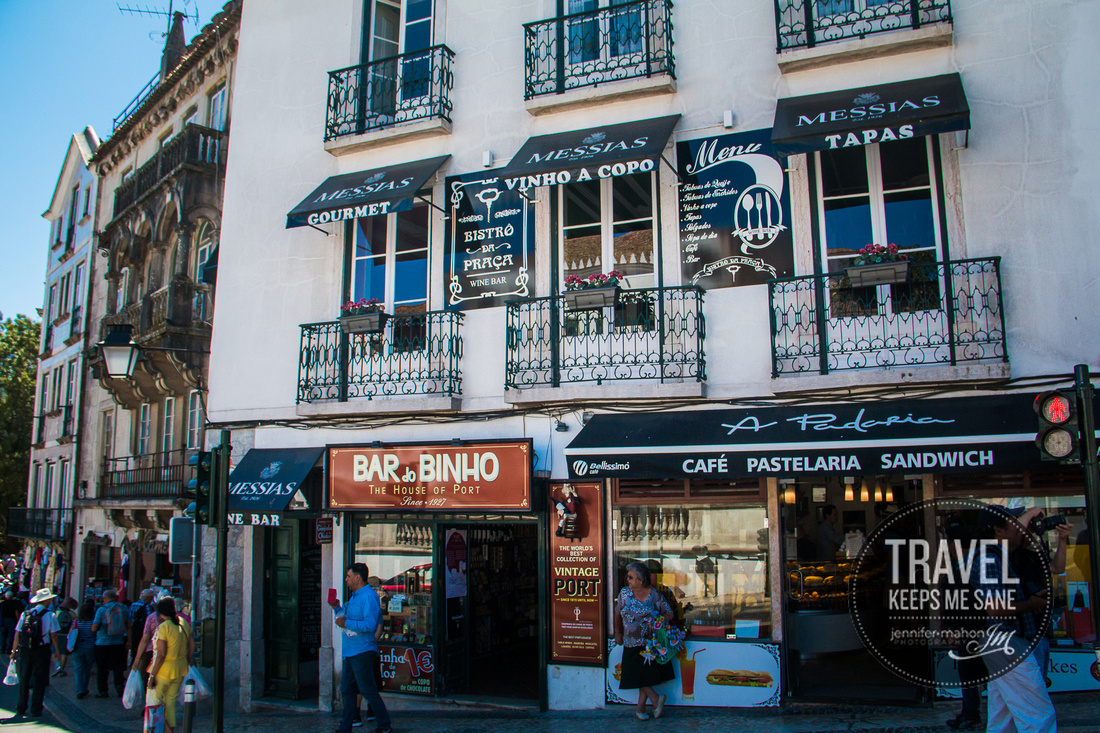 Lisbon, Portugal - 2016 - JM Travel Keeps Me SaneWaiting for the shuttle to Pena Palace

Waiting for the shuttle to Palácio da Pena 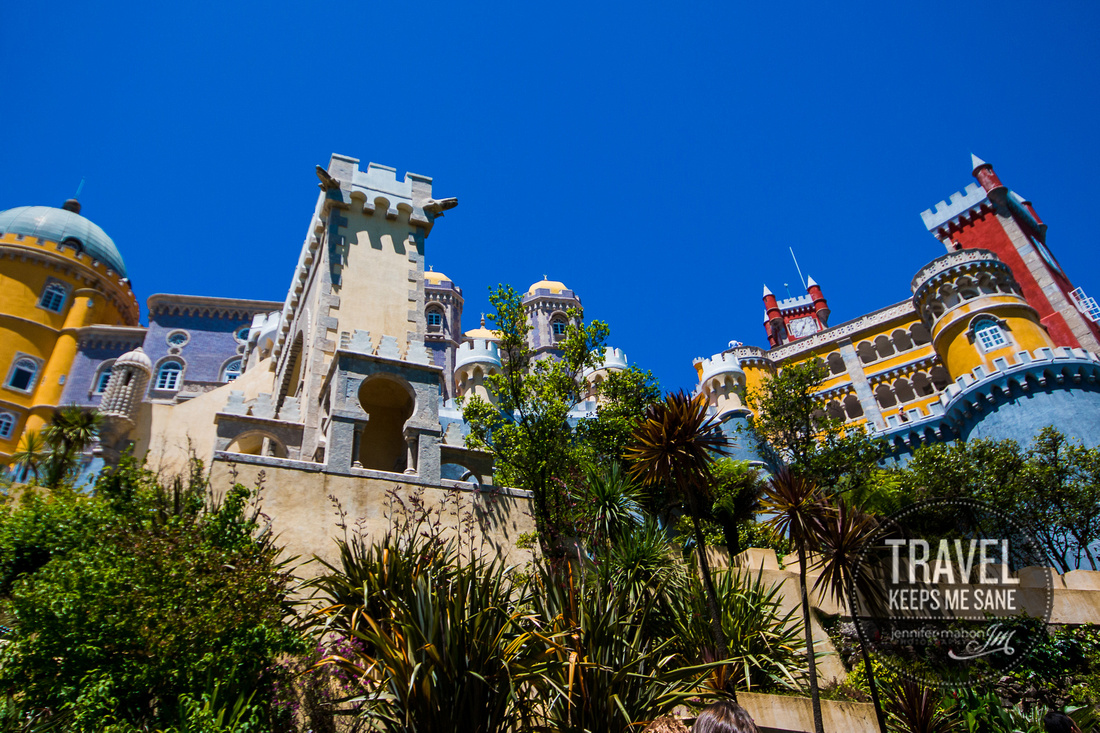 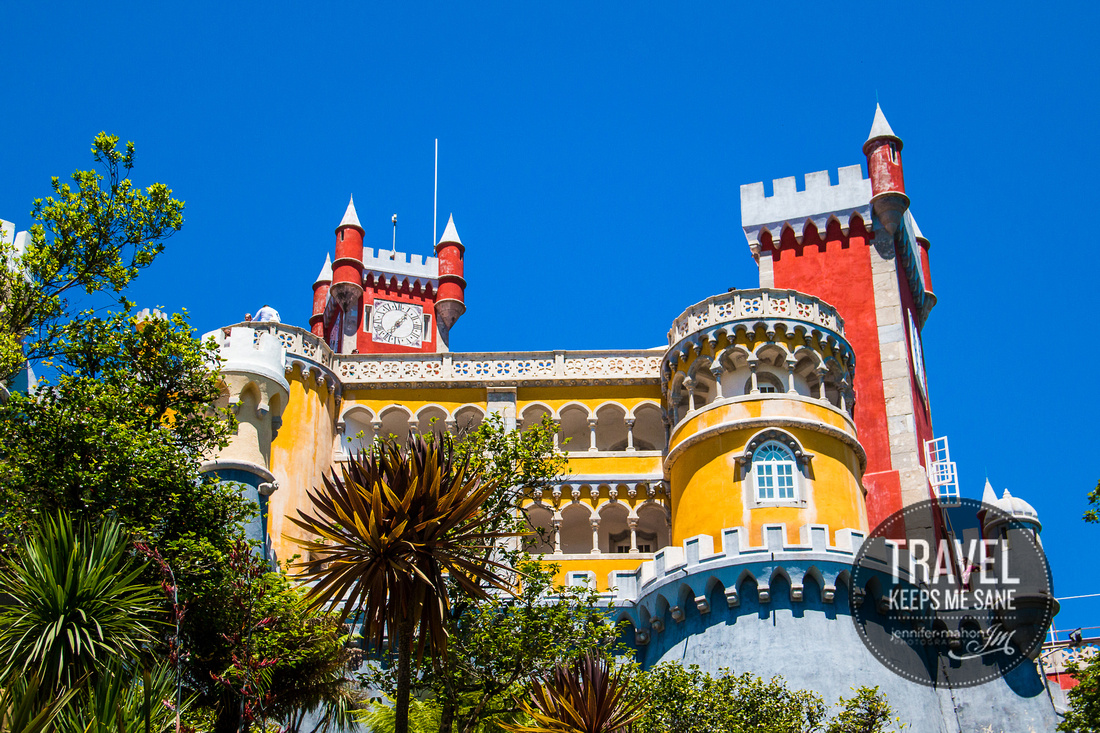 Lisbon, Portugal - 2016 - JM Travel Keeps Me SaneRomanticism at its best

Romanticism at its best 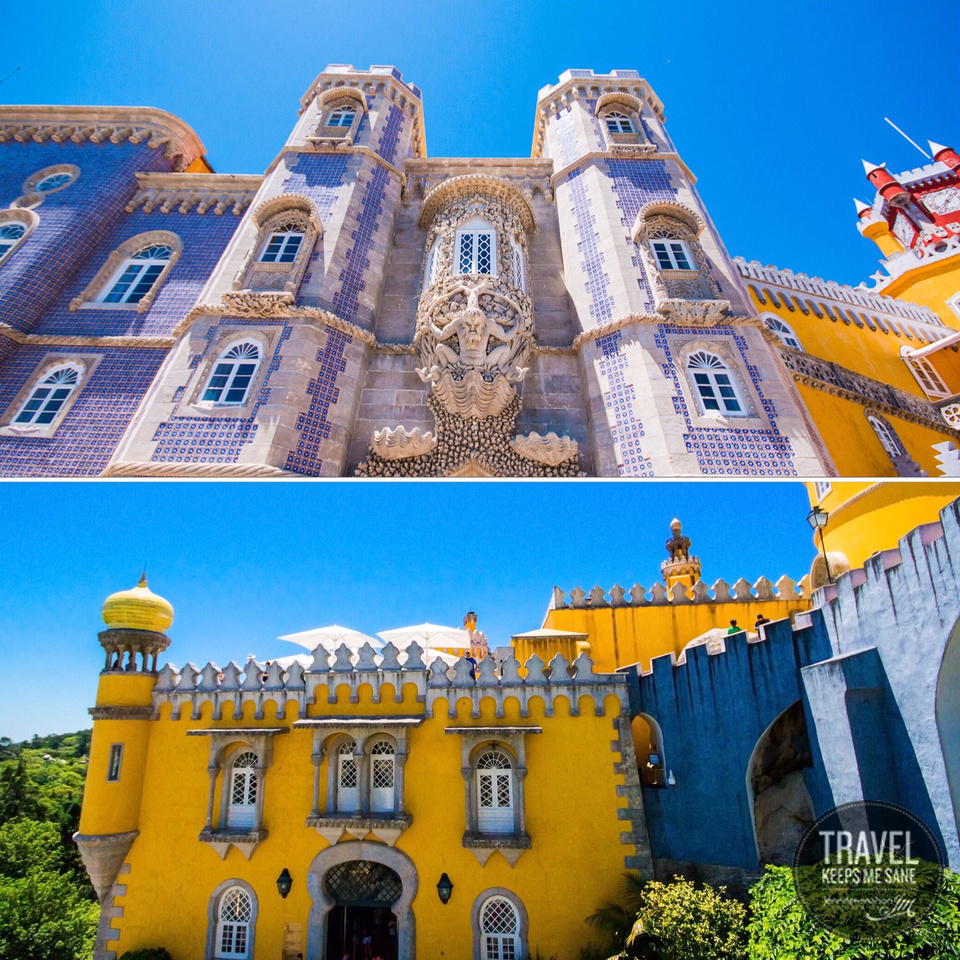 Quite a quirky palace

Quite a quirky palace 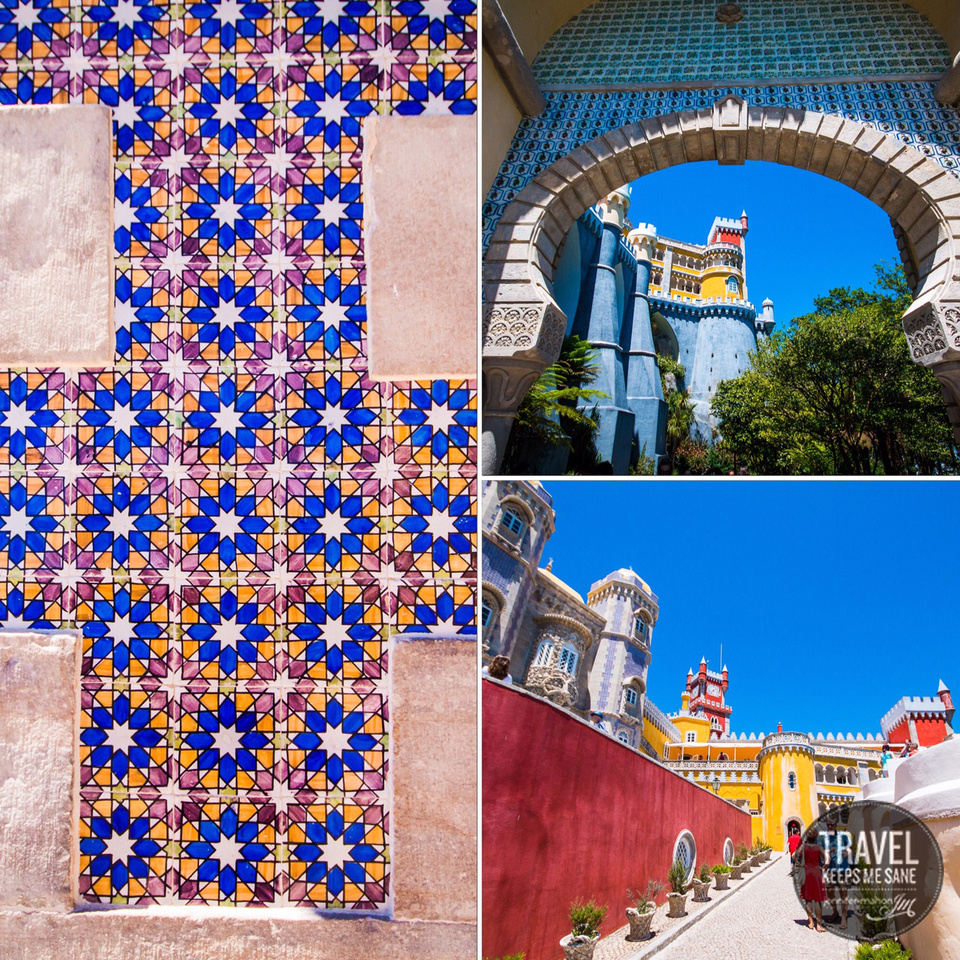 It really looks like something out of Disney's Magic Kingdom

It really looks like something out of Disney's Magic Kingdom 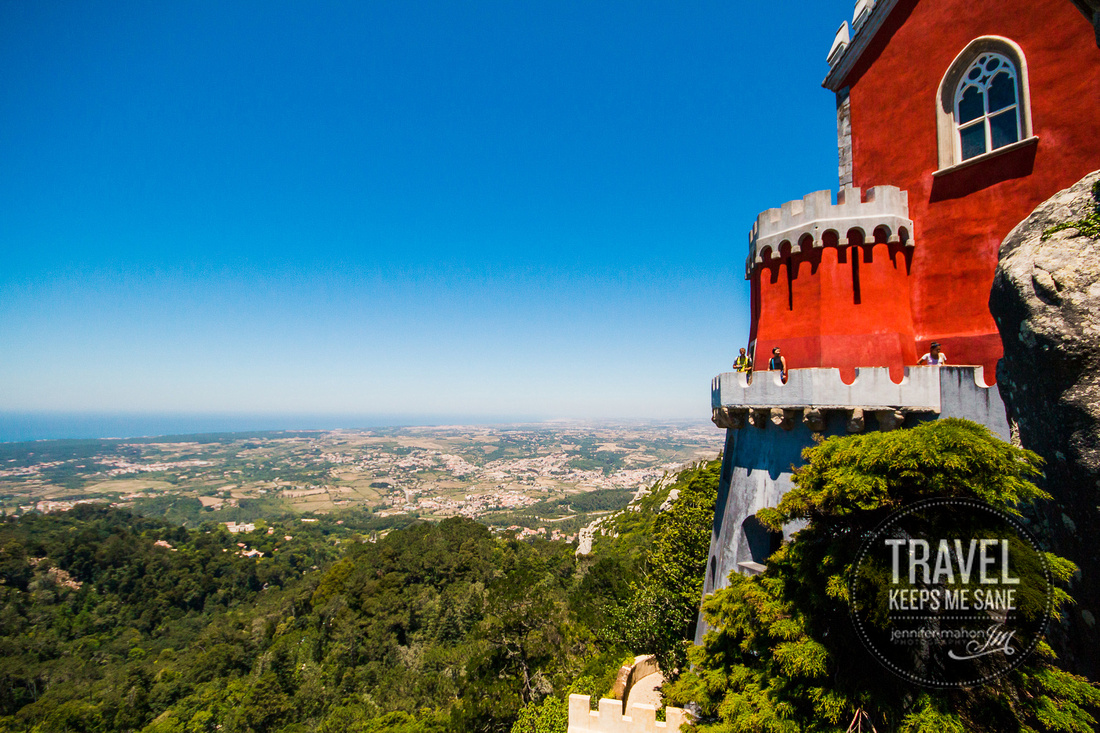 The views from here are amazing 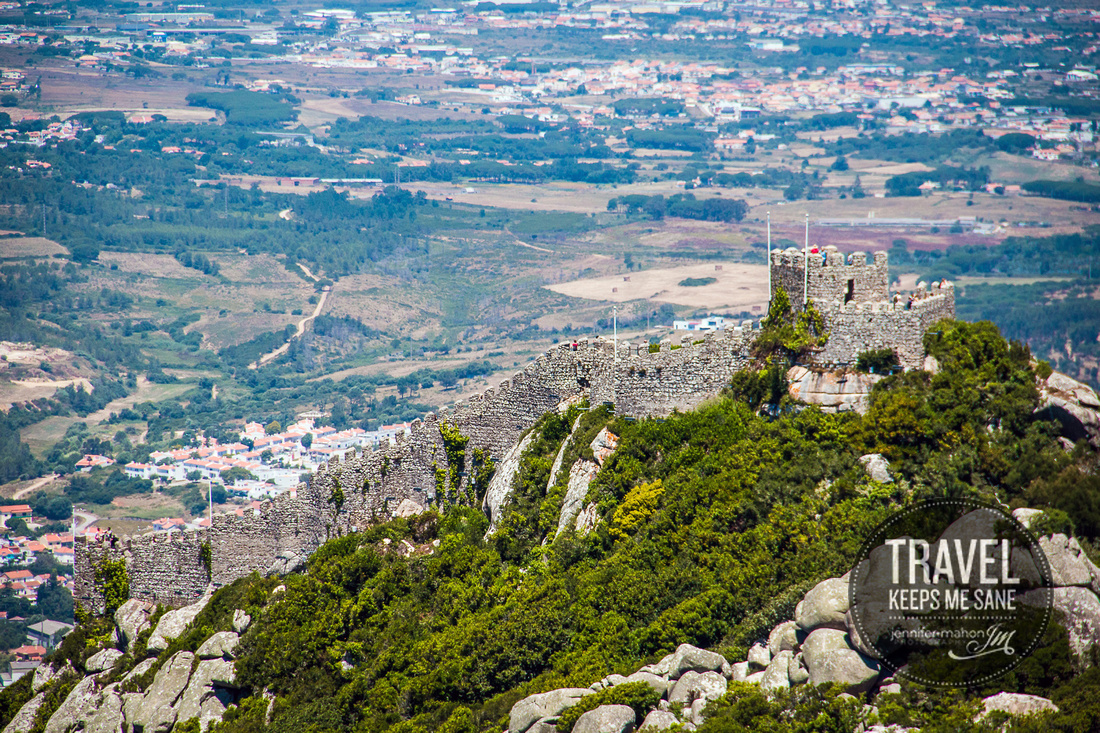 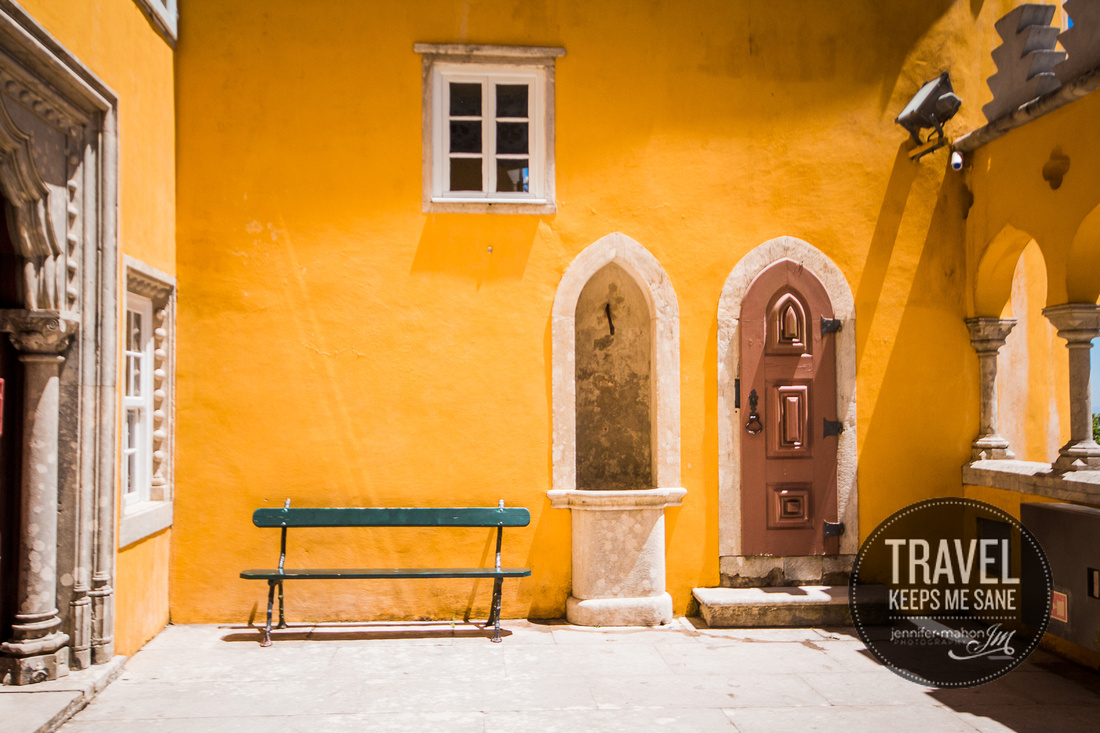 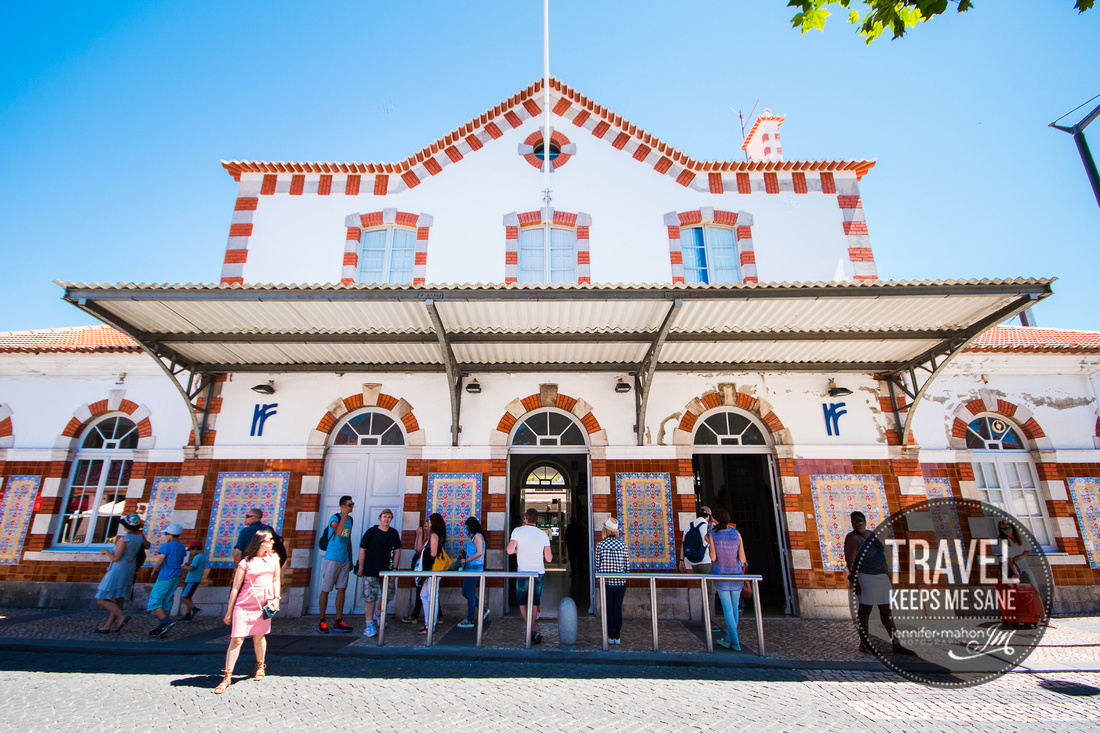 Lisbon, Portugal - 2016 - JM Travel Keeps Me SaneWe've headed back down to town via the shuttle, but somehow missed the stop

We've headed back down to town via the shuttle, but somehow missed the stop 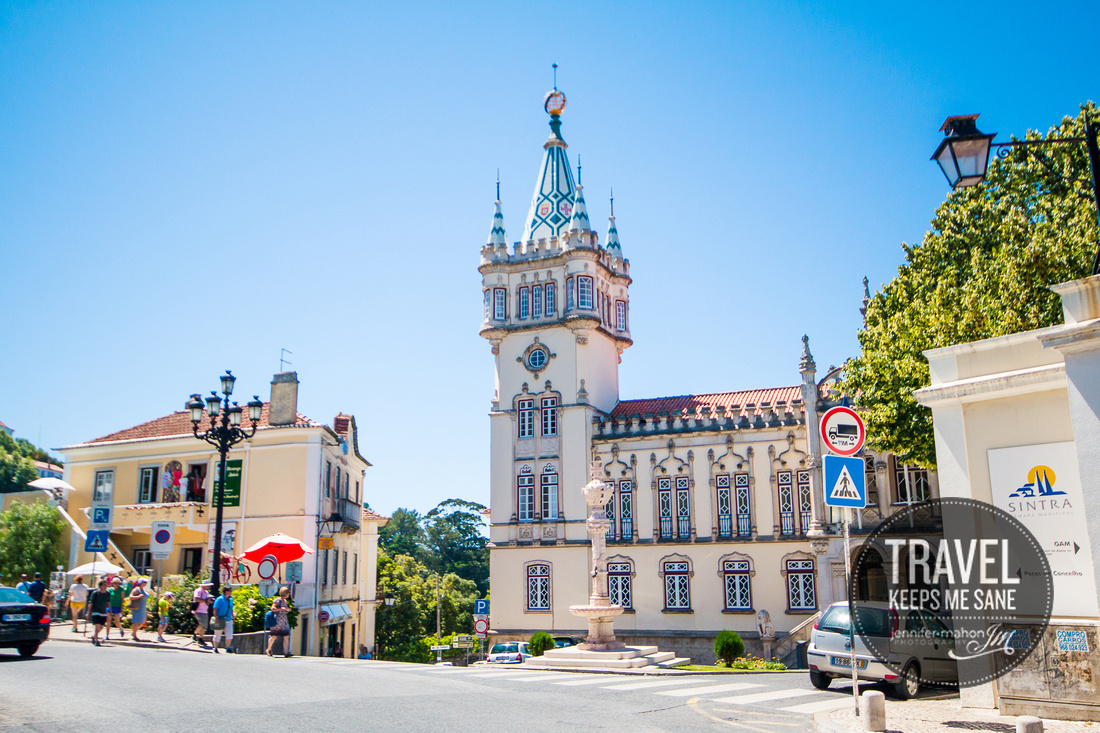 Lisbon, Portugal - 2016 - JM Travel Keeps Me SaneI guess we'll explore Sintra a little more as we walk back to the national palace 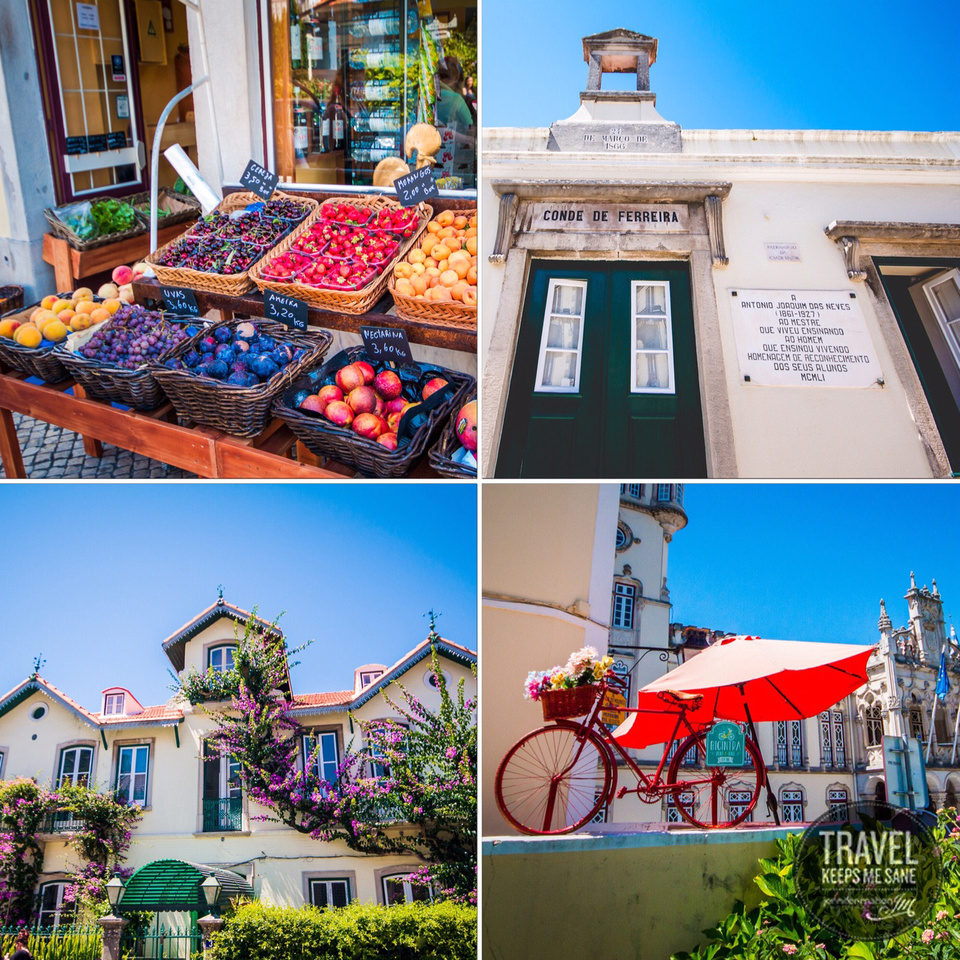 Sintra is a beautiful not-so-little town 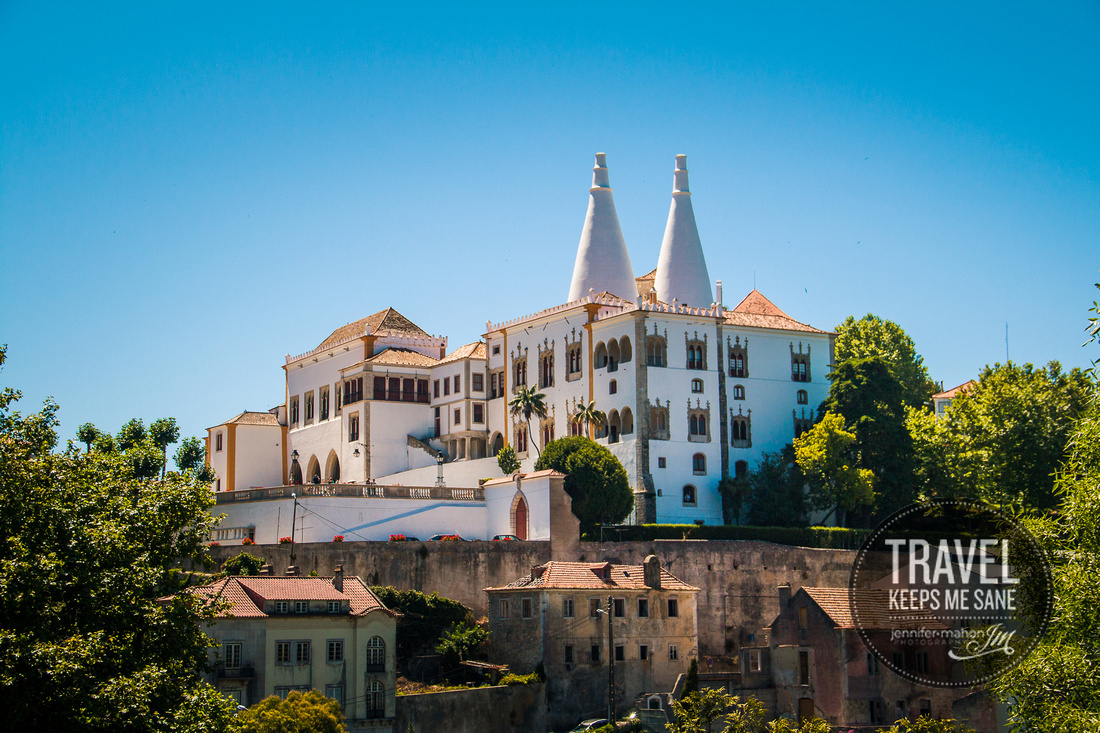 We're almost back at the Palácio National de Sintra 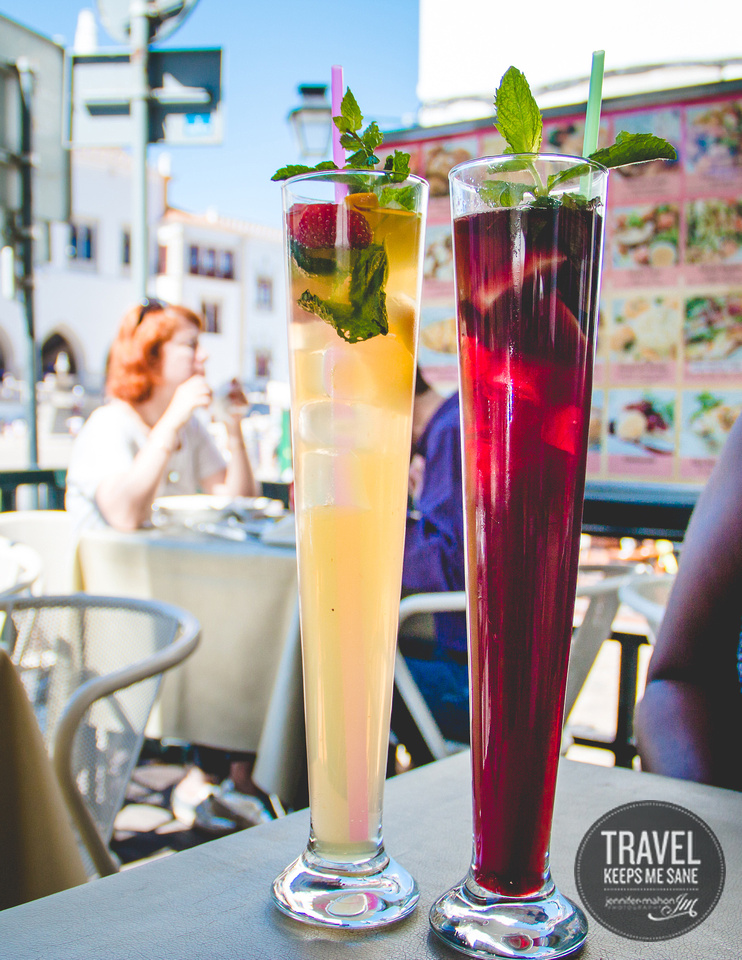 I do believe we've earned a drink 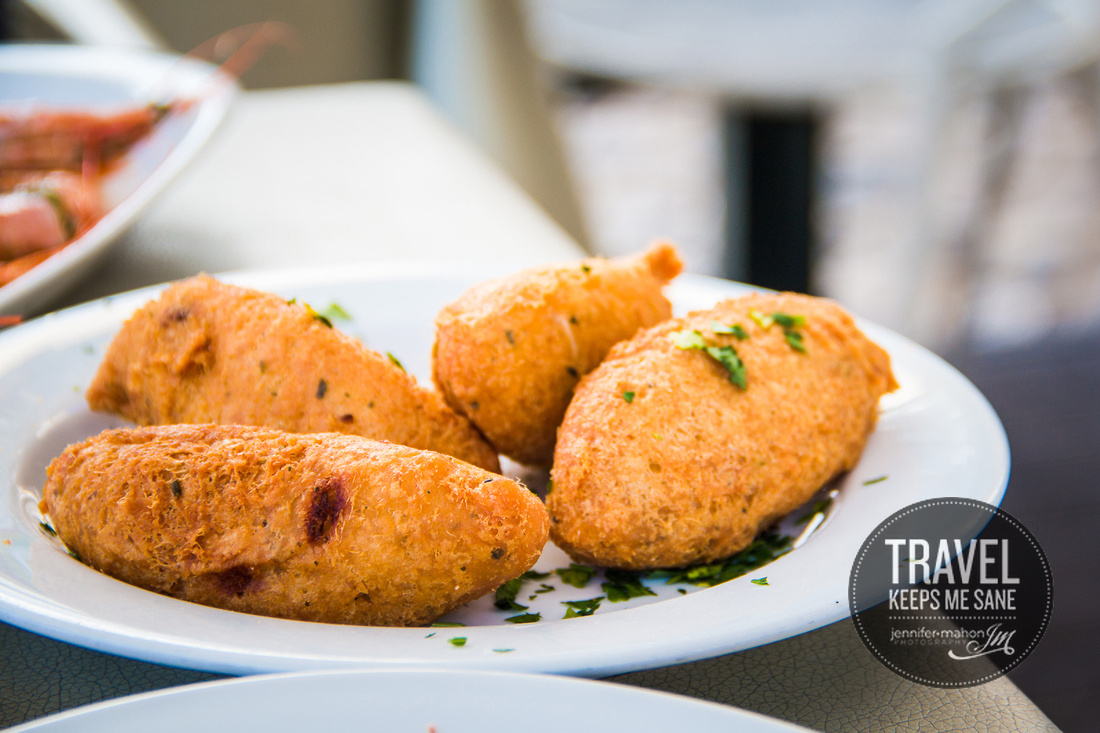 And these - Bacalhau (cod fish fritters) 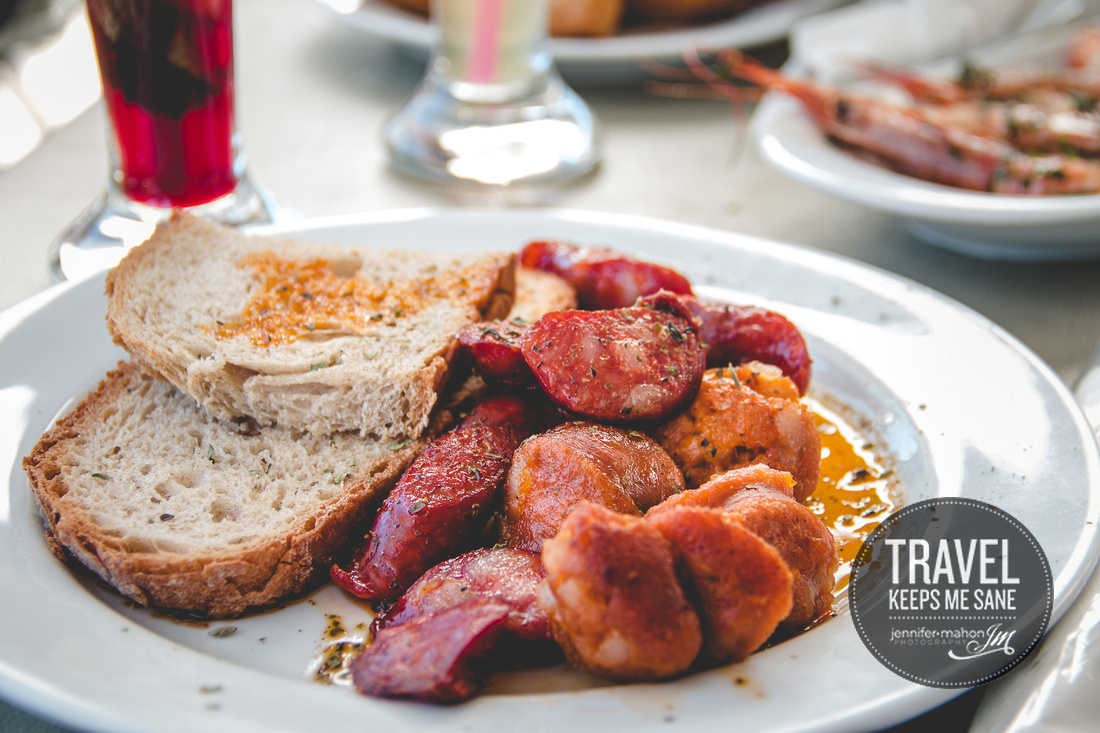 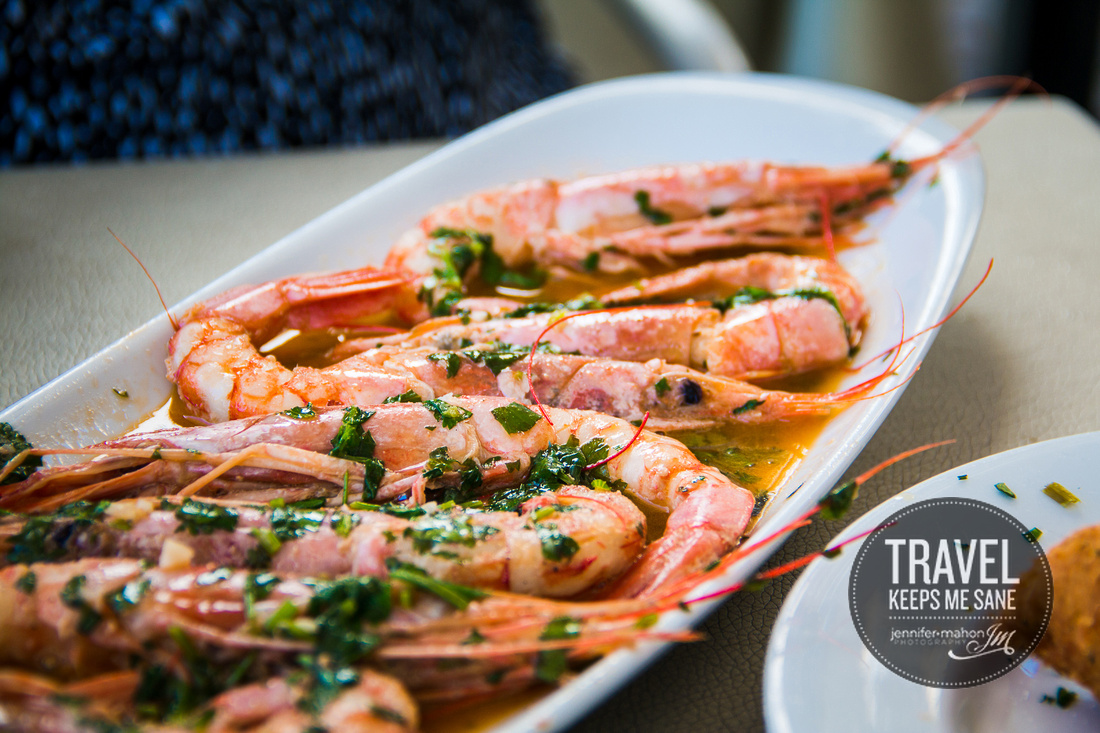