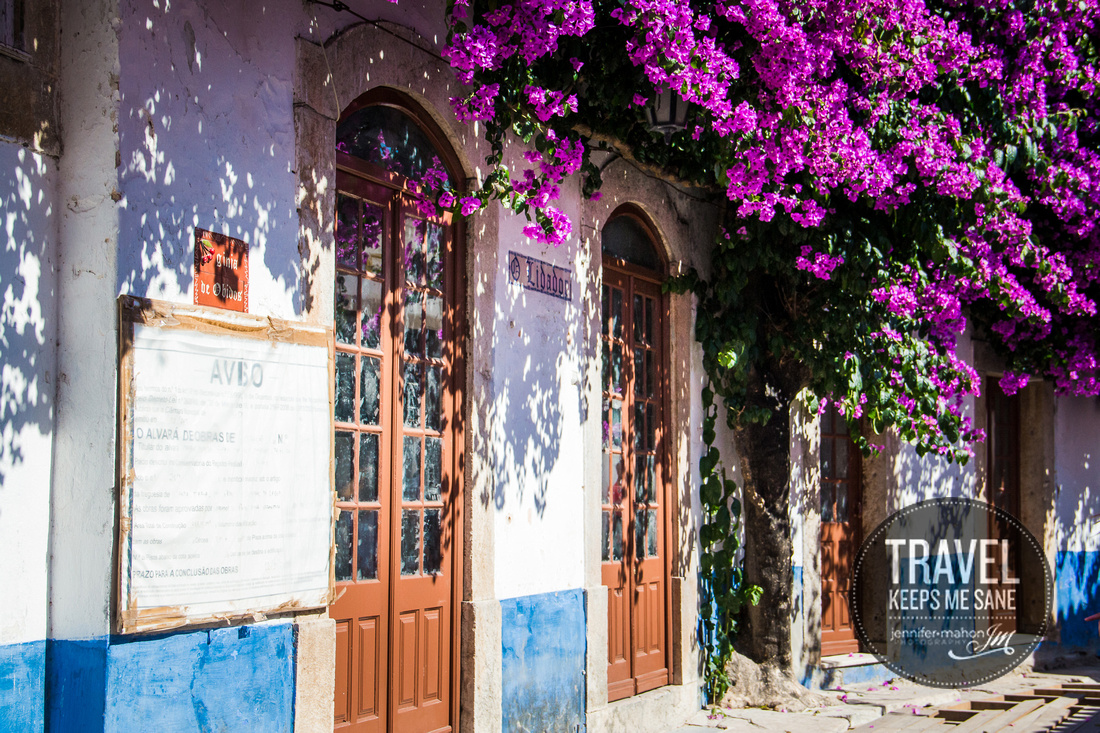 It's time to leave lovely Lisbon and head to Porto (where we'll be flying out of). It's about a 3-hour drive, but since my eyes start closing after 1 hour of driving and since I'm the only driver, we break up the trip and take mini-breaks in a couple of cities. This area is filled with picturesque towns, more stunning beaches and probably more magnificent palaces, but we've opted to stop in Obidos and Coimbra.

Leaving Lisbon and about an hour's drive later, we arrive in Obidos. Not really a city on my bucket list, but when heard that they've got great ginjinha, I had to make a stop. Thank goodness I listened to my semi-alcoholic self, otherwise I would have missed out on this cute medieval town.

Walk the city walls and be rewarded with spectacular views of vineyards and terracotta-roofed houses. Then wind your way through this enchanting walled city's narrow cobblestone streets, lined with whitewashed bougainvillea-draped houses. Book lovers will be heaven as the town boasts many bookstores in the unconventional settings — like the one in an organic market, the one in a wine cellar, and even one in a church. Of course make sure to taste the specialty of the area (and my main reason for coming here) — Ginja de Óbidos — sour cherry liquor. 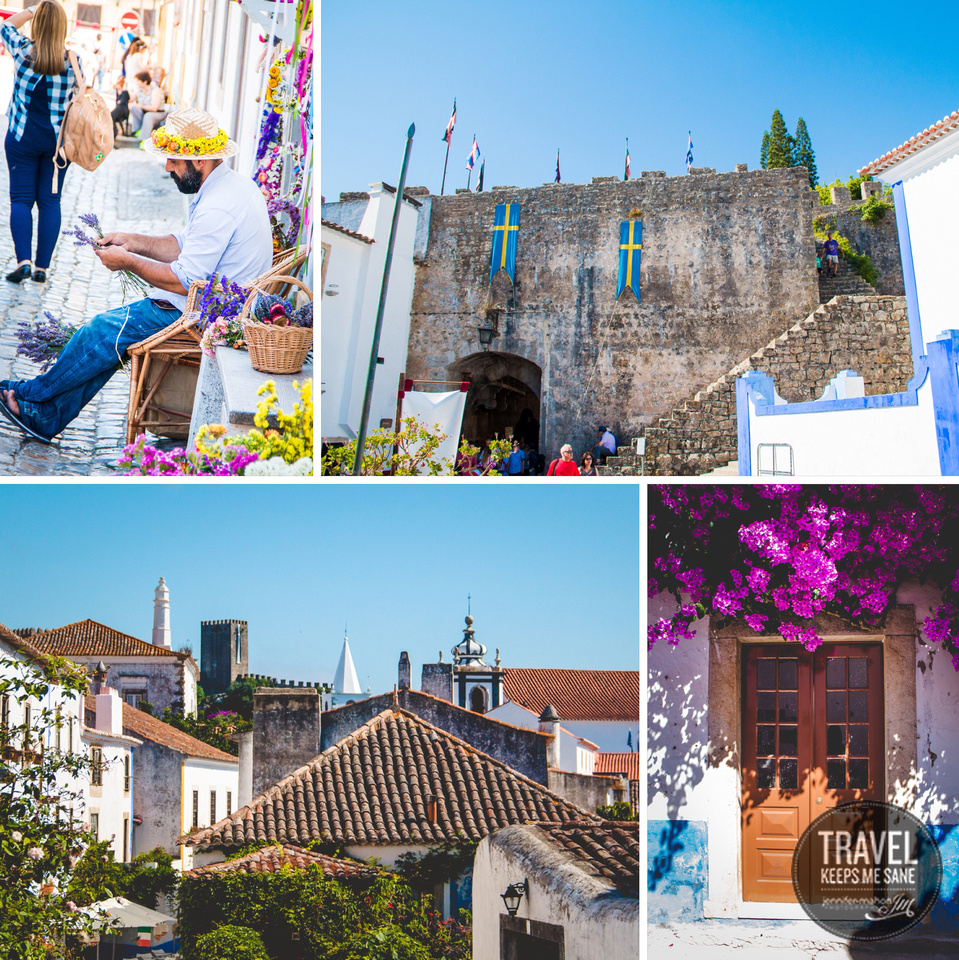 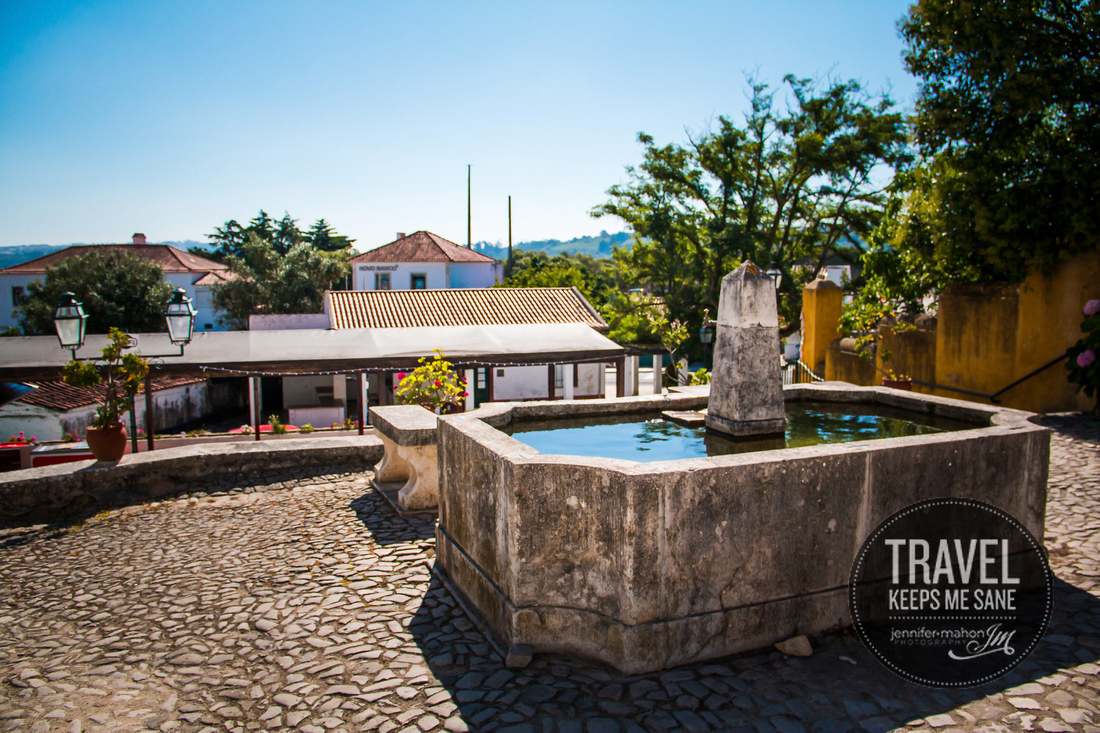 Obidos, Portugal - 2016 - JM Travel Keeps Me SaneOne of the many ancient fountains in Obidos

One of the many ancient fountains in Obidos 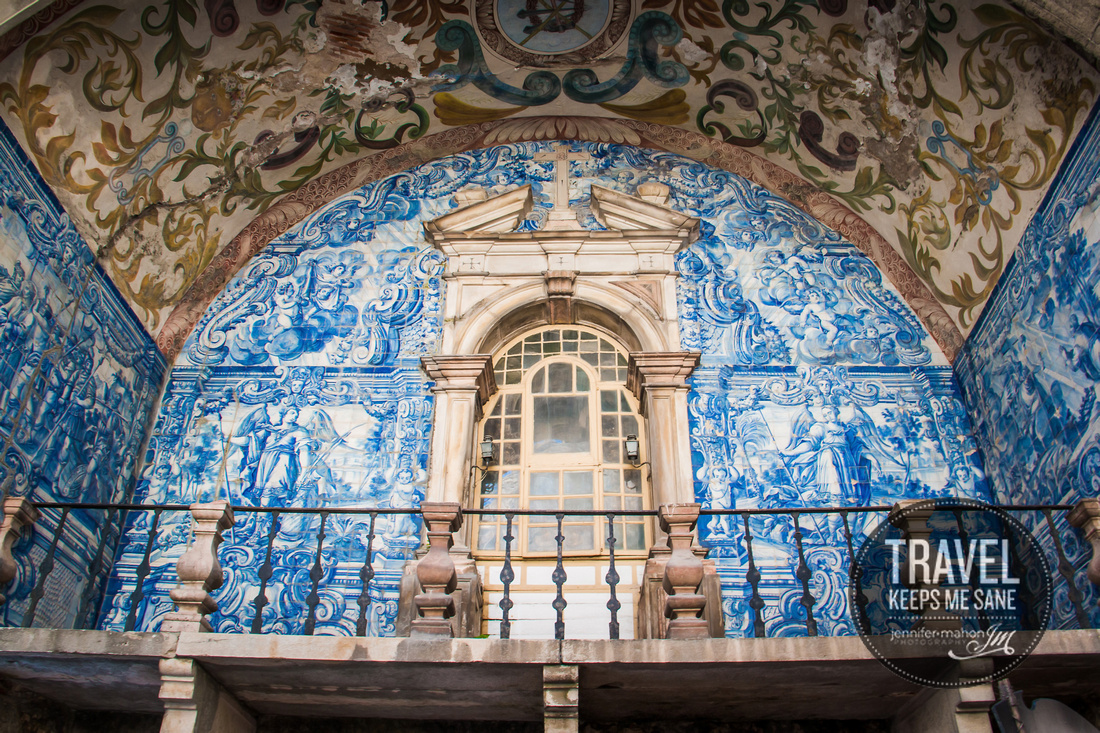 The Porta da Vila (City Gate) in the old village 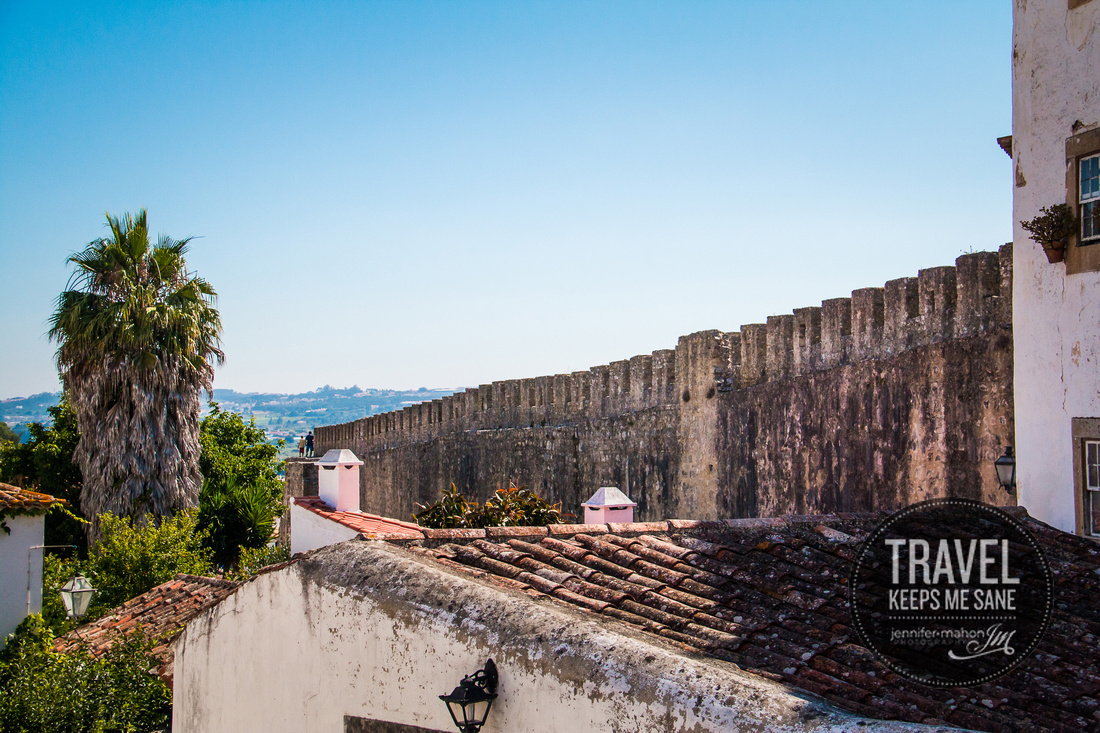 The town walls of Obidos completely encircle the town 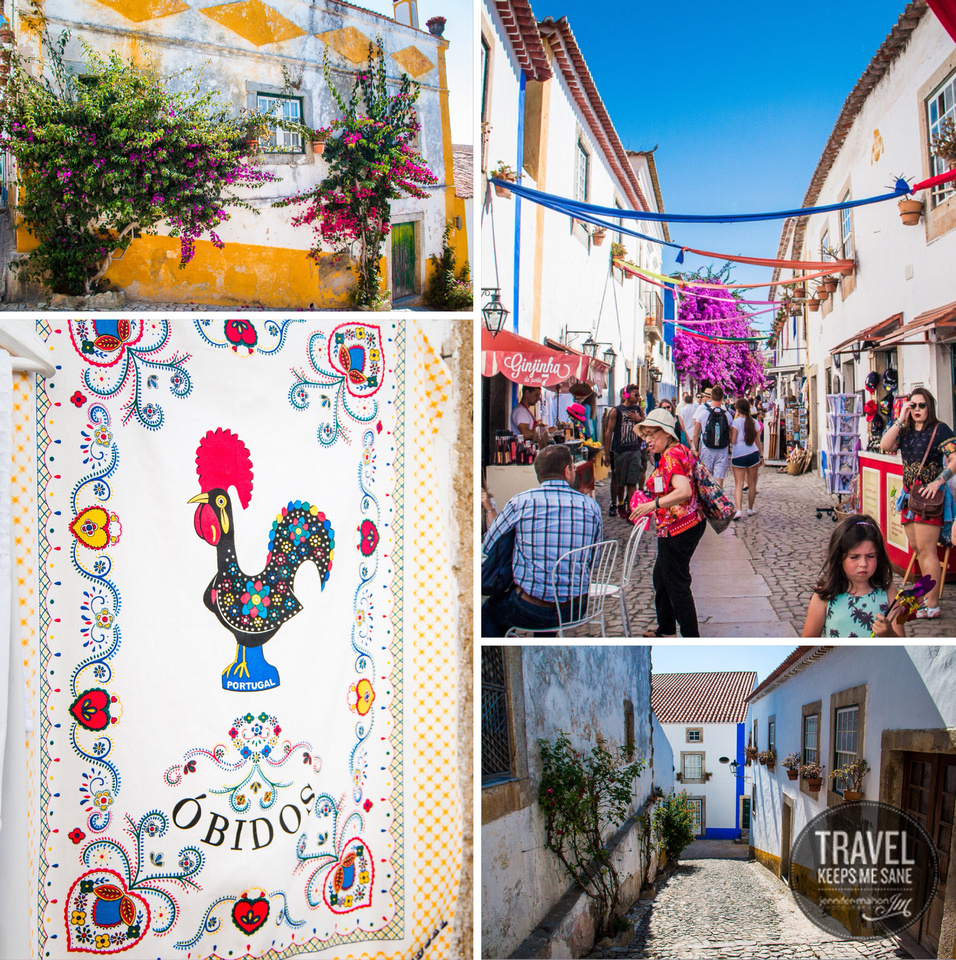 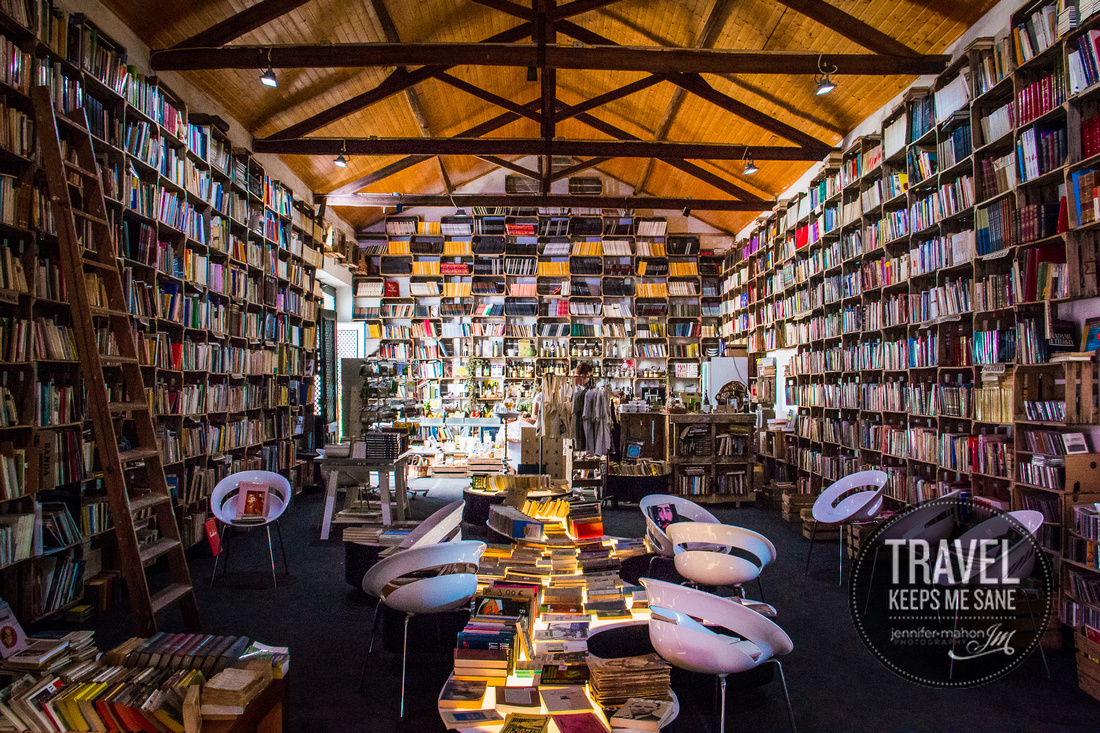 Mercado Biológico De Óbidos also has many (many) books 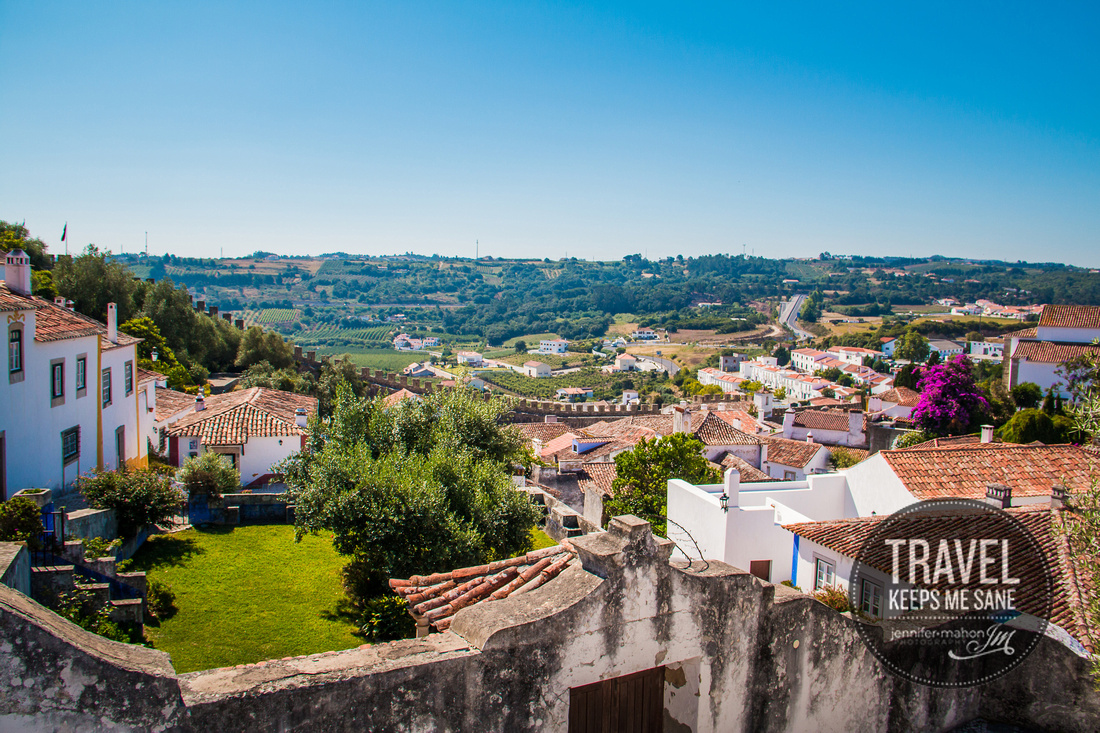 Gorgeous views from the city walls 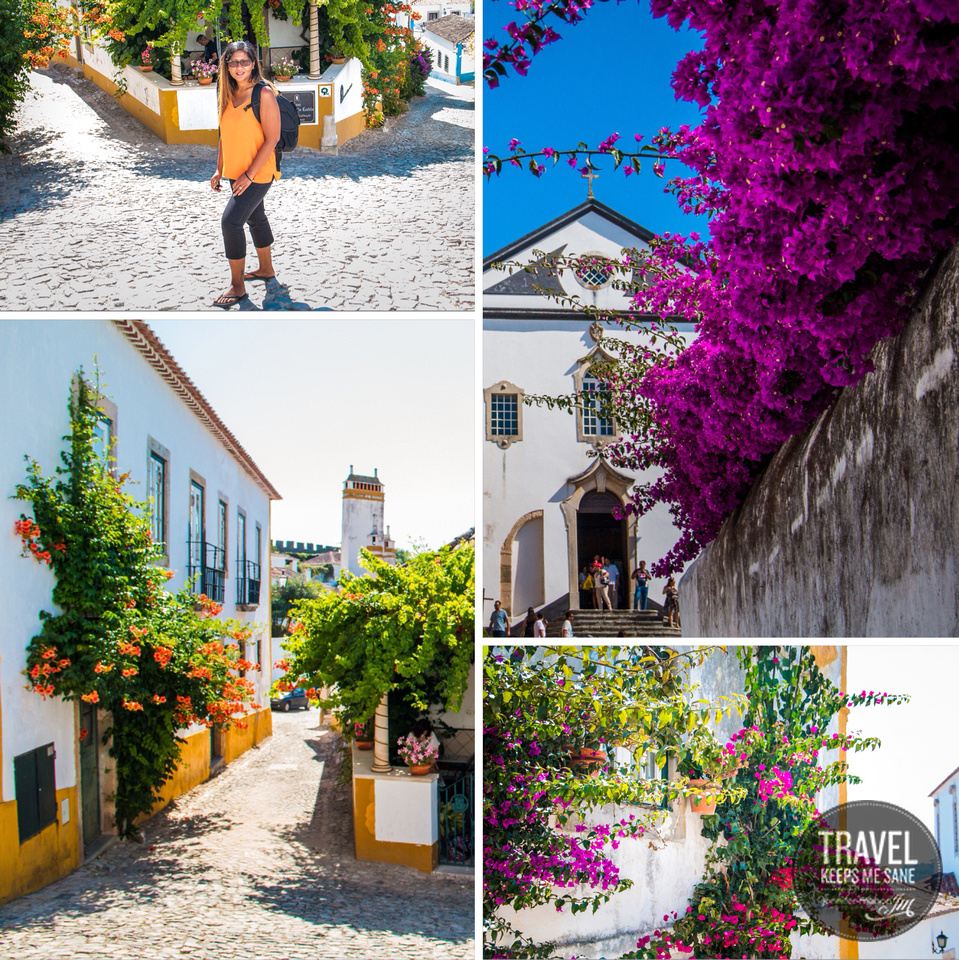 The town is decked out in flowers

The town is decked out in flowers 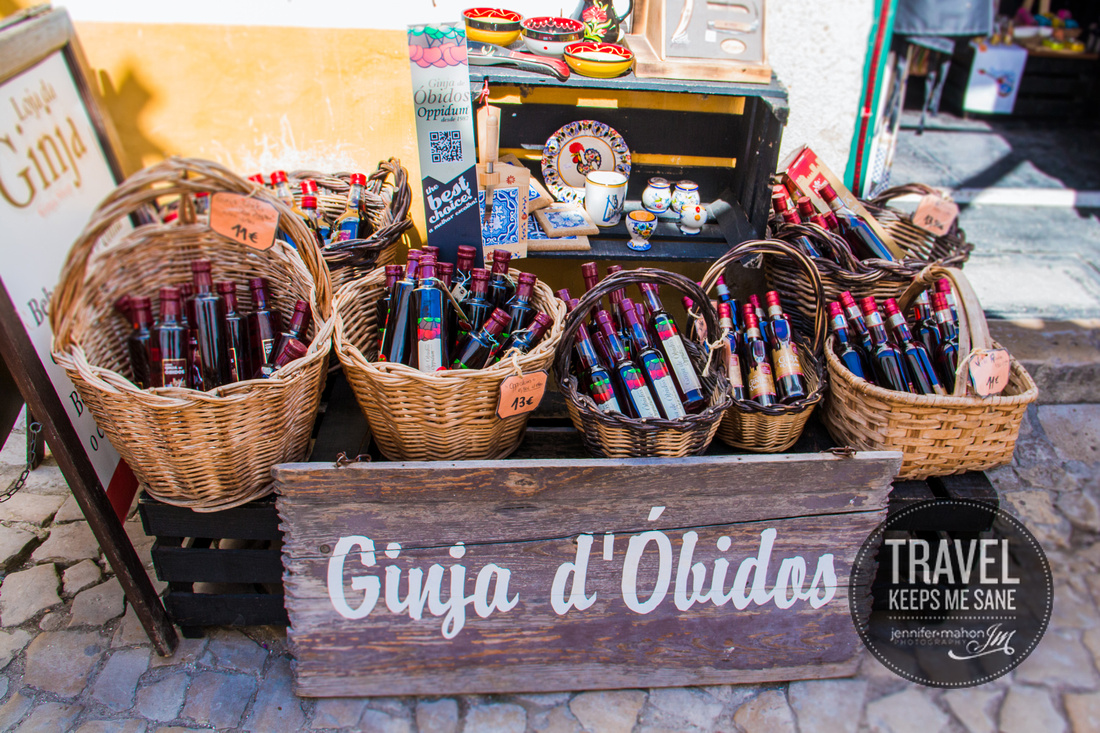 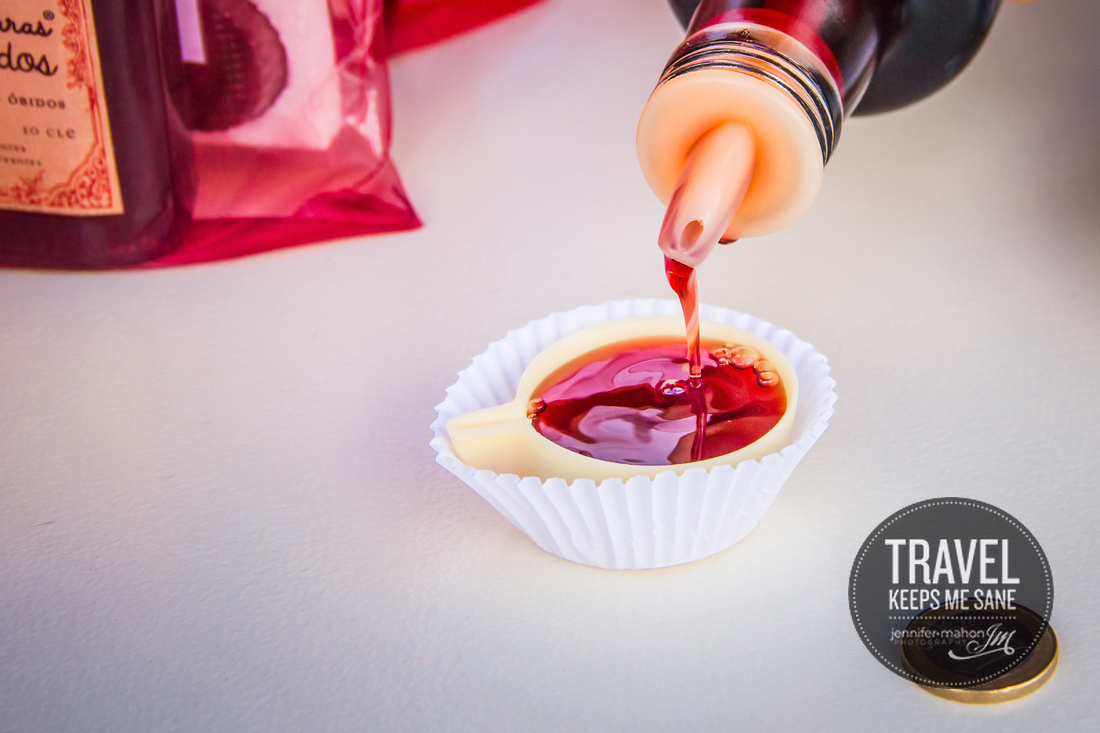 Obidos, Portugal - 2016 - JM Travel Keeps Me SaneYou can grab a shot of Ginjinha (or Gina) in these chocolate cups pretty much anywhere for 1€ 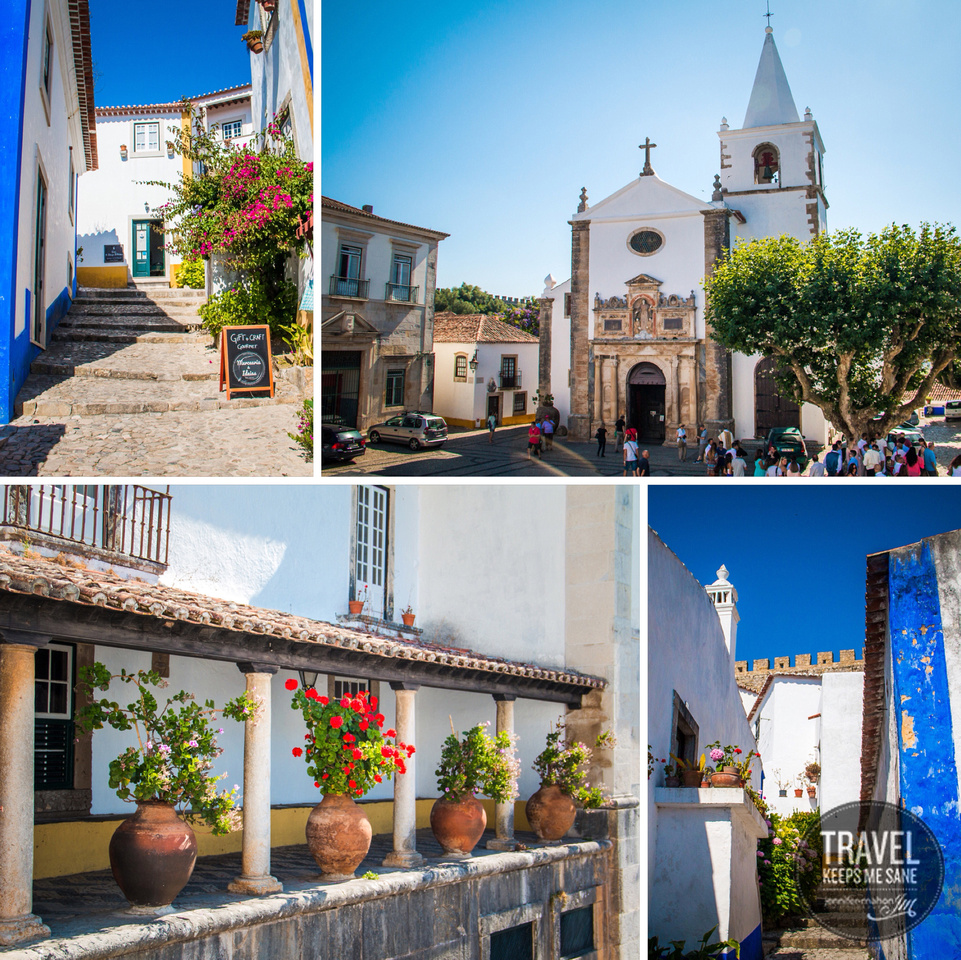 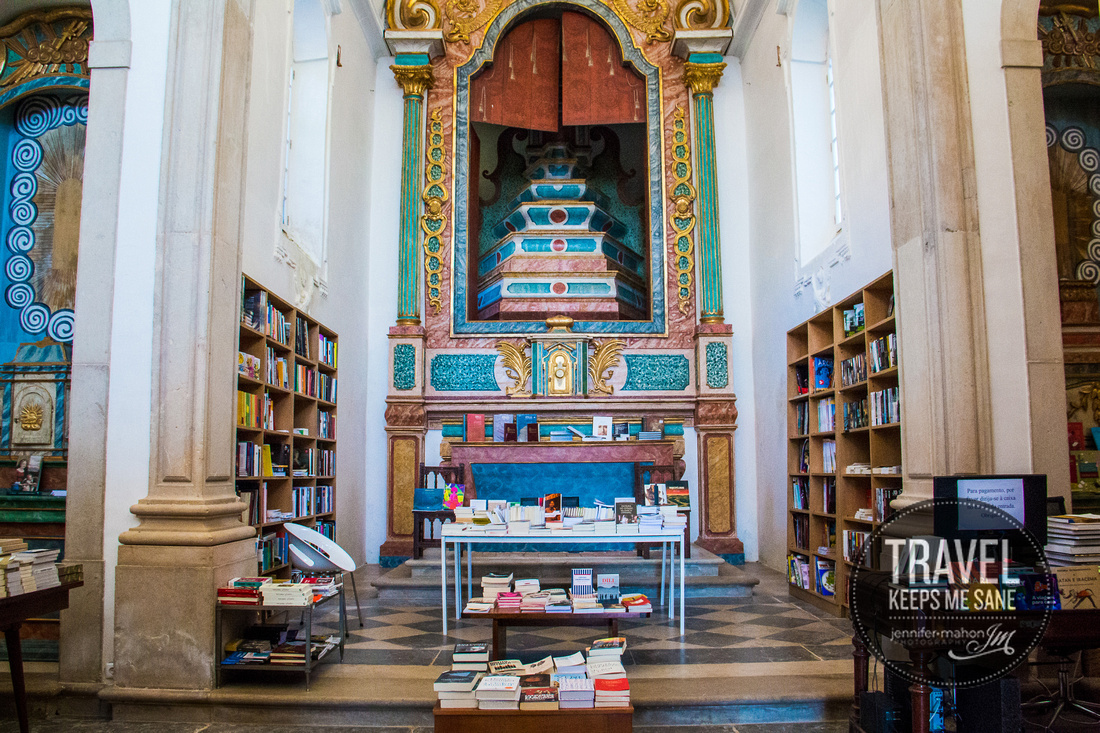 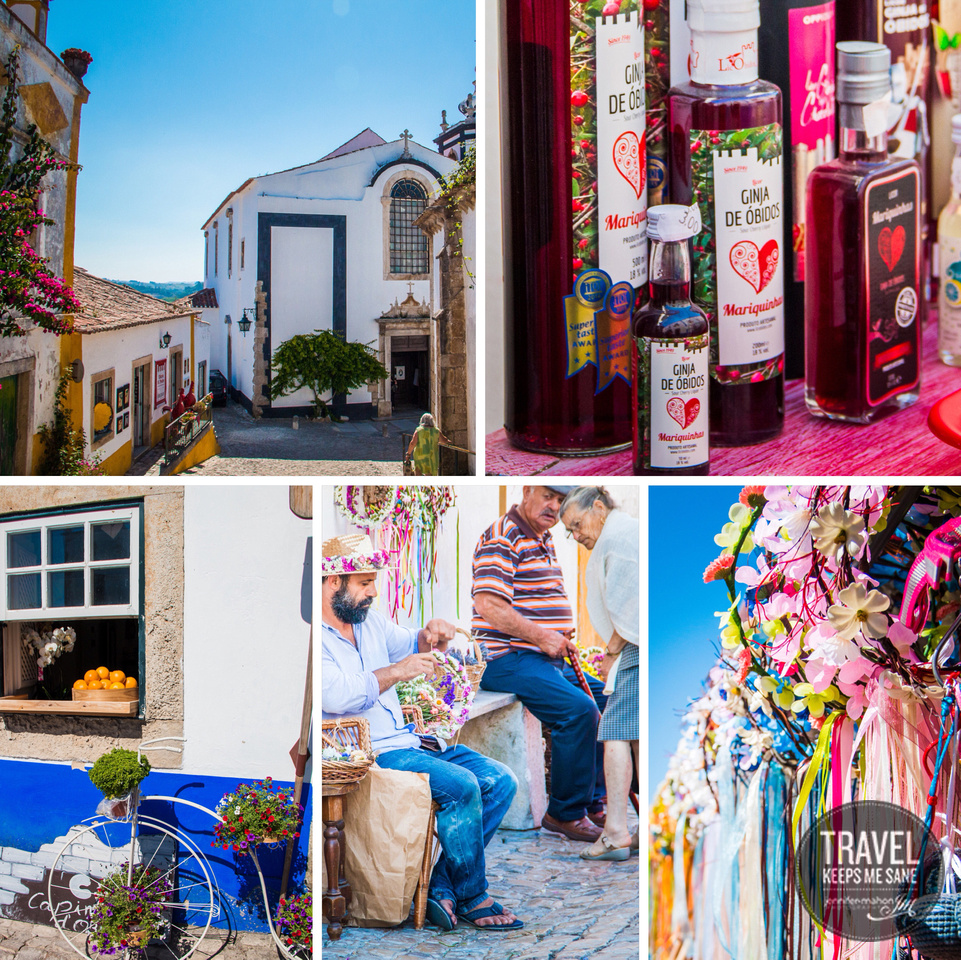 Last few snaps of Obidos, then time to continue on the road

Last few snaps of Obidos, then time to continue on the road

An hour's drive from Obidos, we make a pit-stop in Coimbra. Maybe I should have looked up more on the city instead of picking it as a stop because it was along the way. There really wasn't much to see or do, which there really should have been more life there since it toots itself as being a university city with a vibrant atmosphere due to its large student population.

Meh. It served its purpose as a place to stretch my legs, as well as a few cute photos, but that's about it! 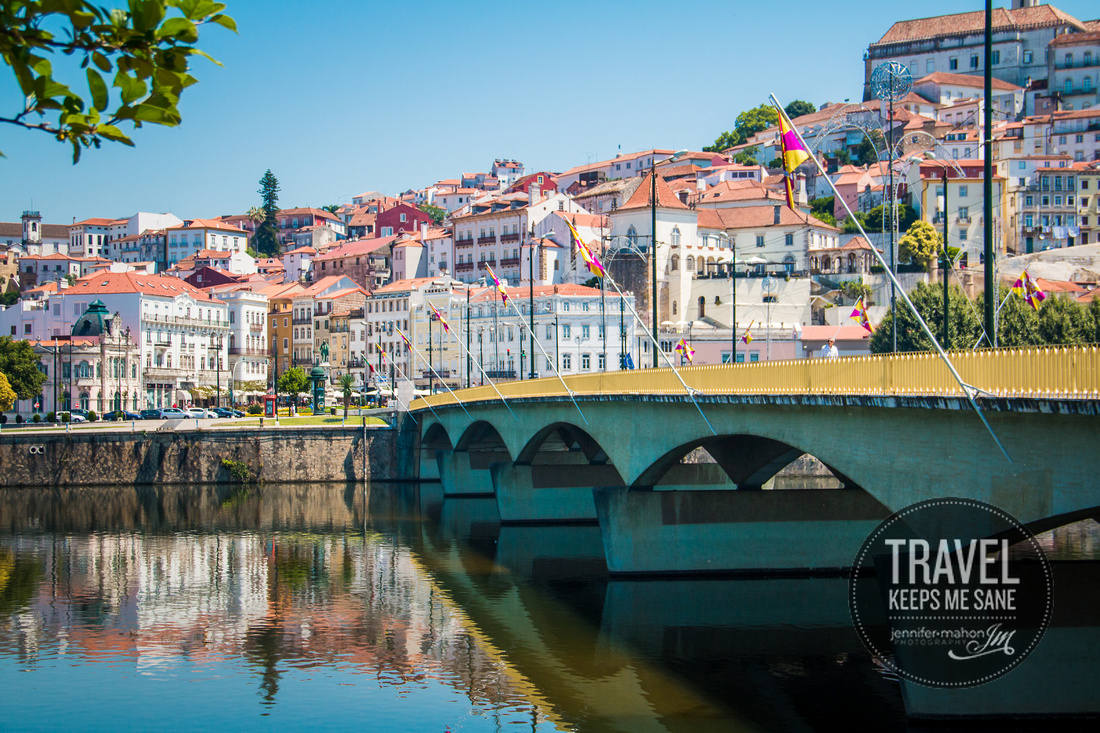 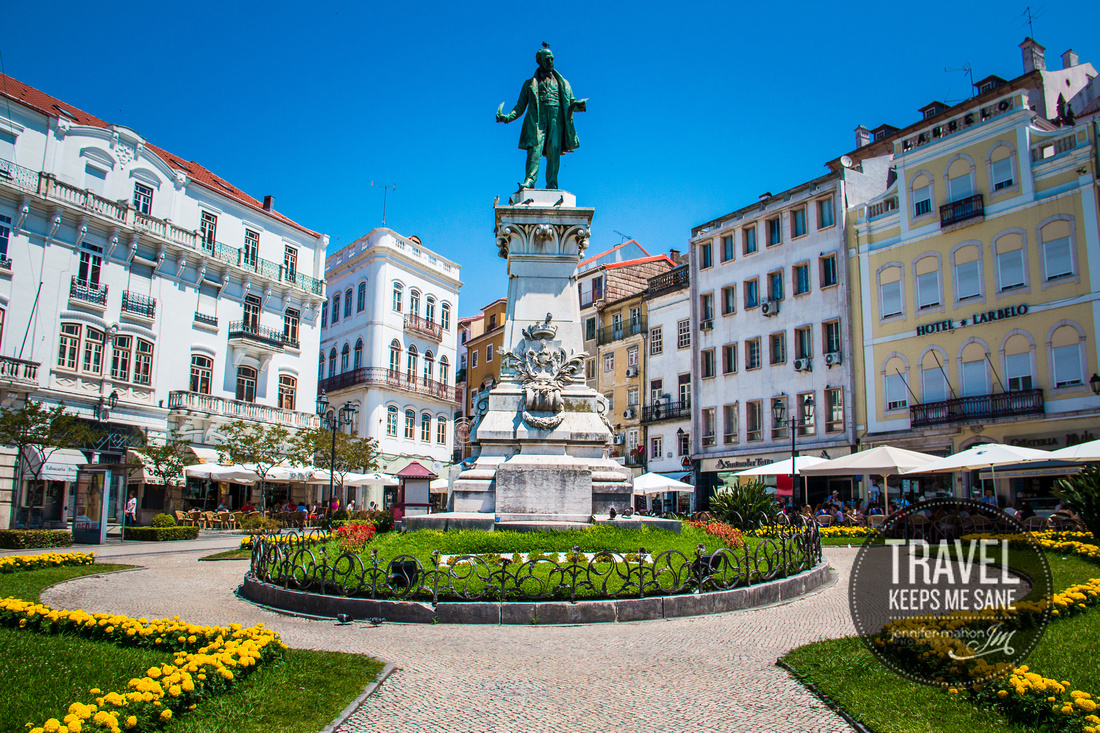 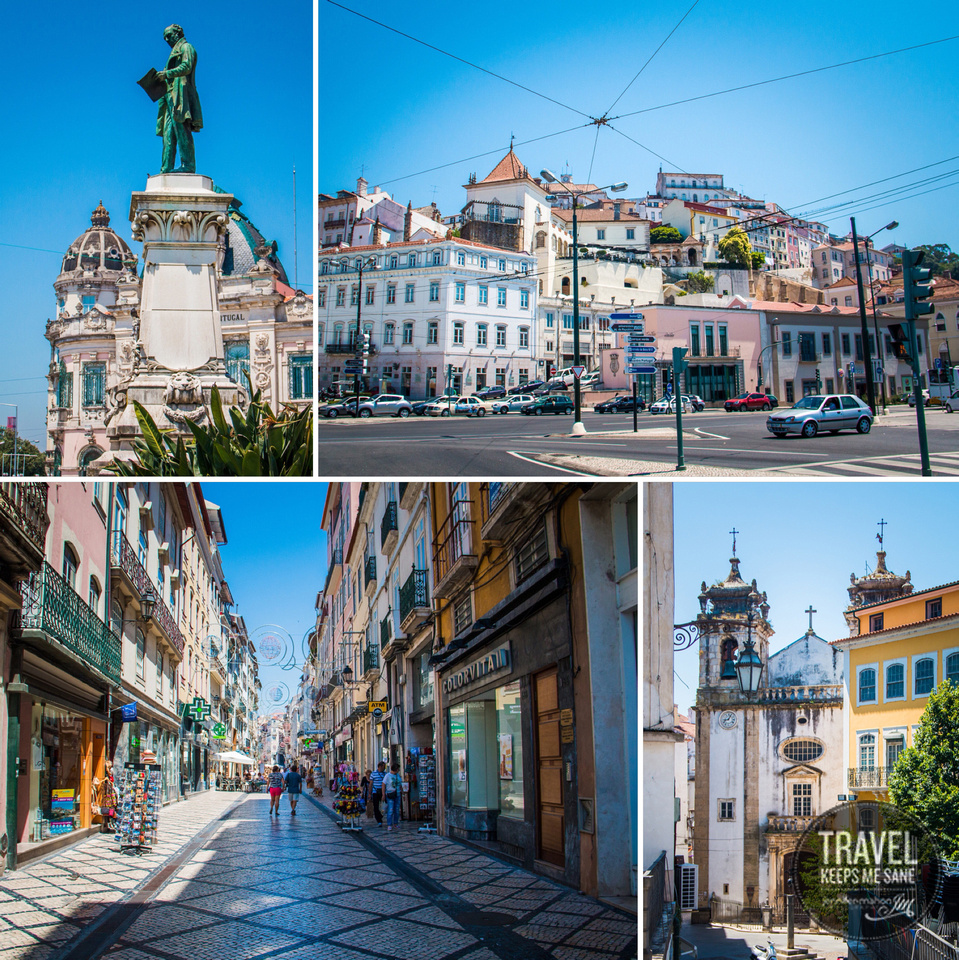 Snaps of the city and the main pedestrian street in Coimbra, Rua Visconde da Luz

Snaps of the city and the main pedestrian street in Coimbra, Rua Visconde da Luz 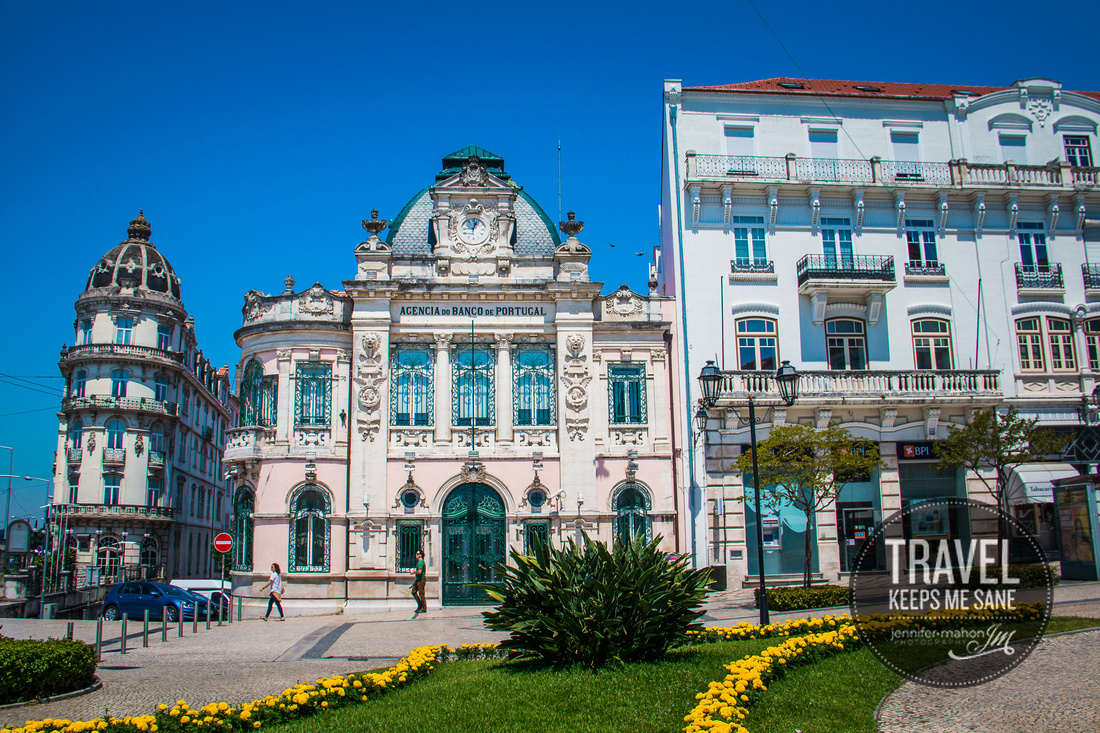 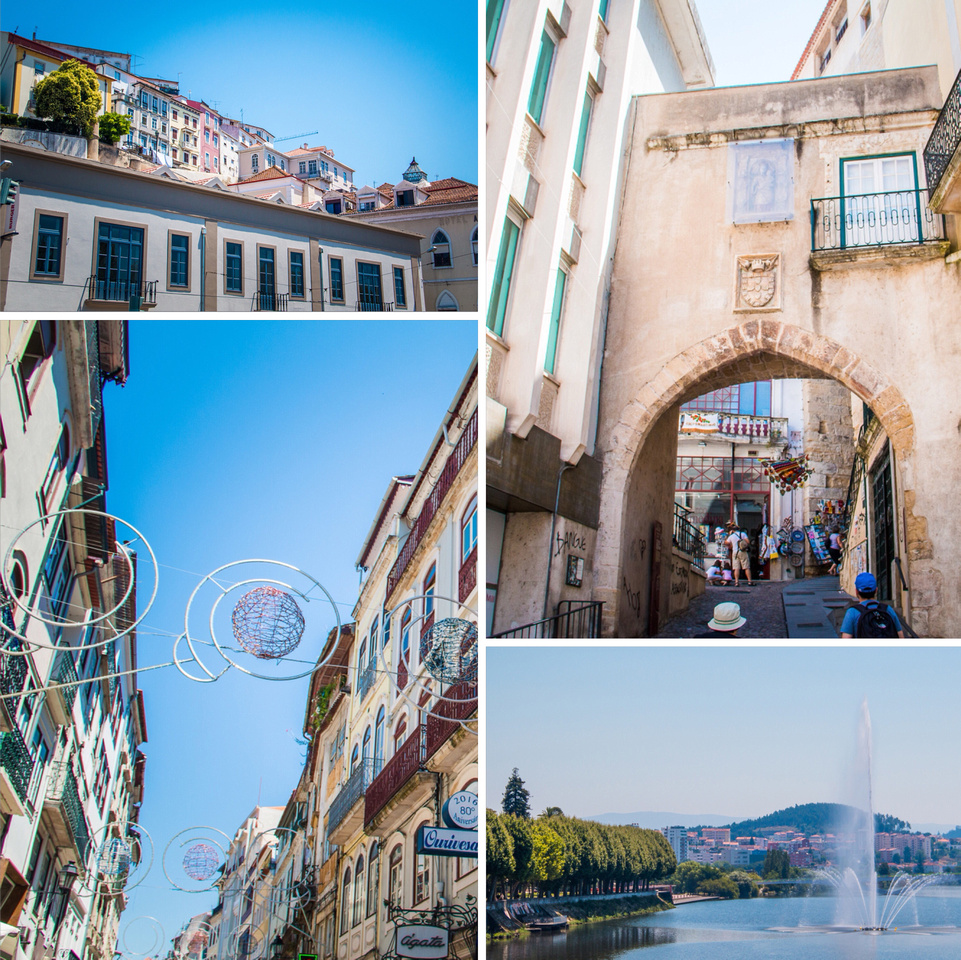 Snaps of the city and the fountain in the Mondego River

Snaps of the city and the fountain in the Mondego River 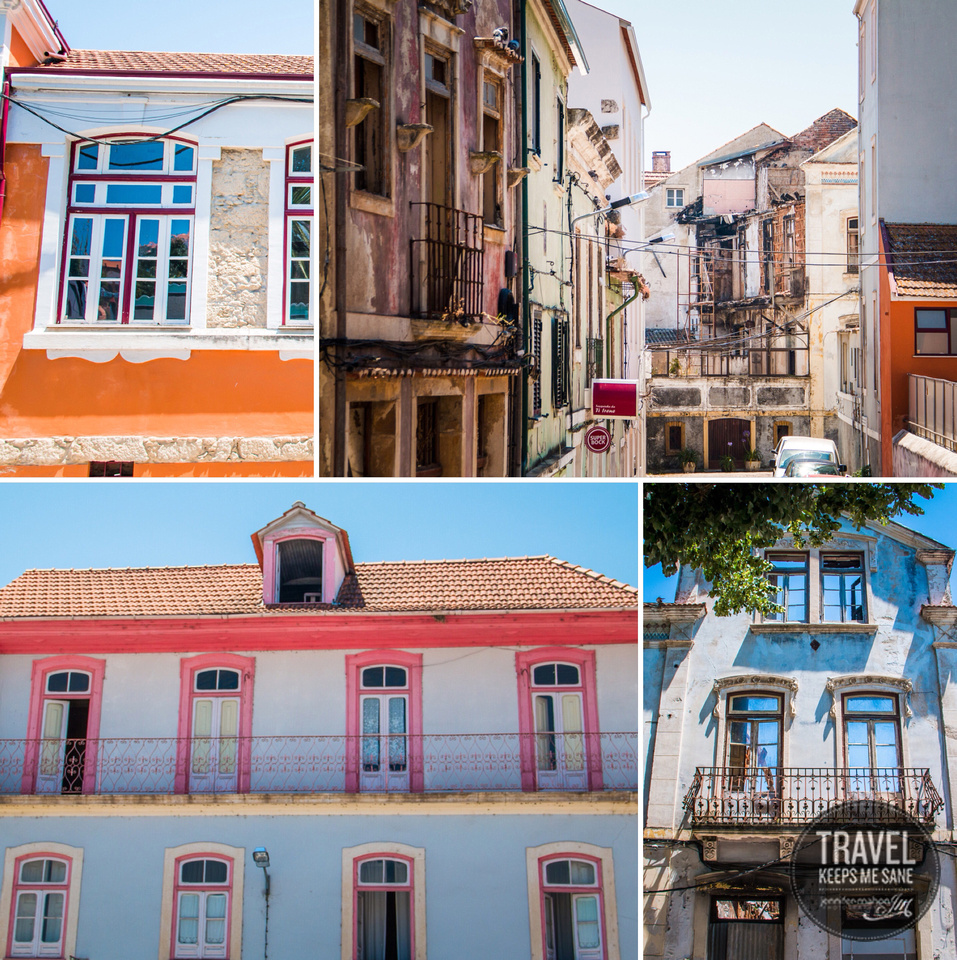 Old buildings around the city

Old buildings around the city 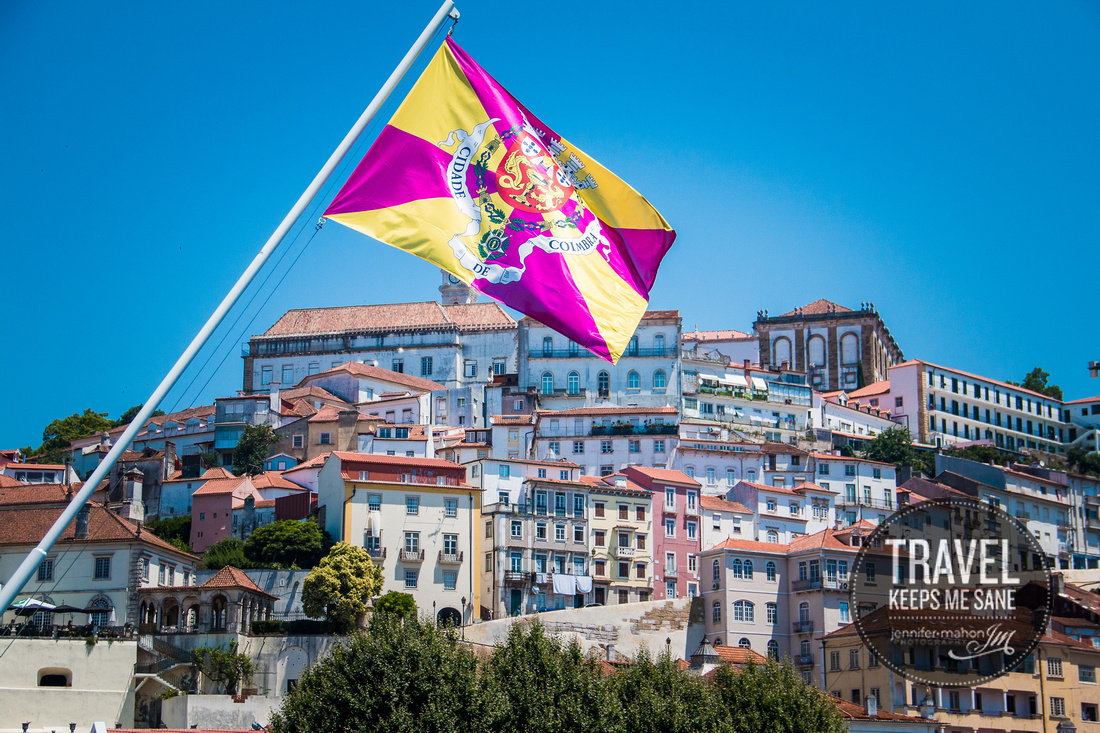